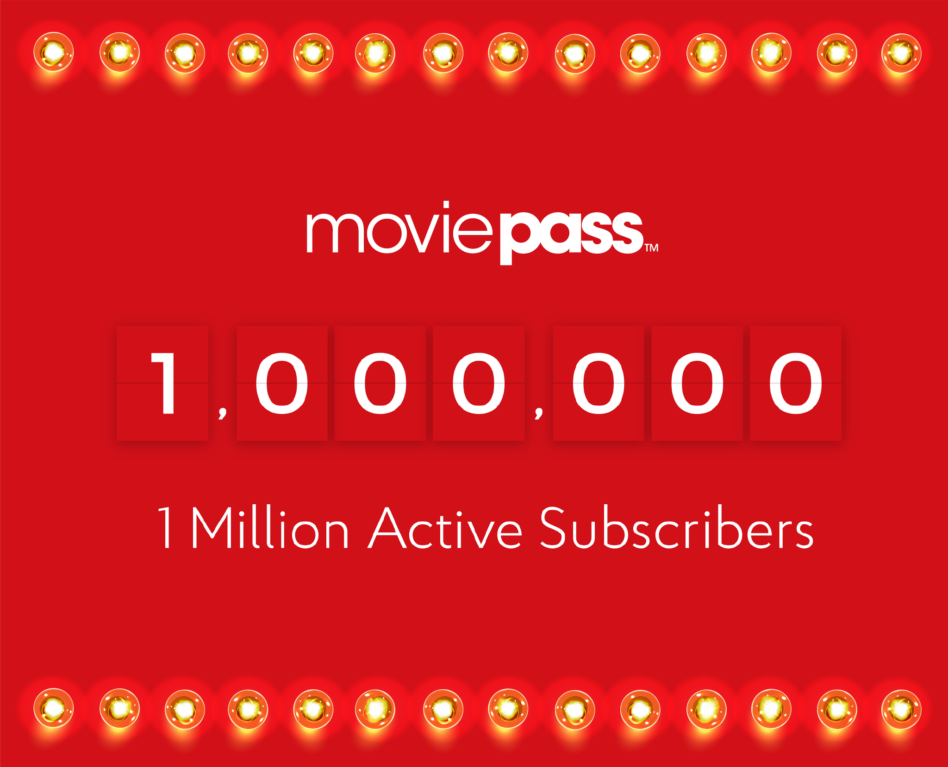 MoviePass recently struck a deal with theaters to offer their pass for $9.95 a month for unlimited showings and it took off like a rocket. According to the New York Times, MoviePass stated that it has signed up more than one million subscribers in just four months after testing out the cheaper price point.

Even though the membership is generally cheaper than lunch at your favorite restaurant, the theaters still get paid full price for each ticket. Each member receives a debit card and when they want to see a movie, (they are capped at one a day) they use a MoviePass smartphone app to check in at the theater. The app then transfers the price of a ticket to the membership card. Members, in turn, use the card to pay for entry, states the Times.

Ticketing is just the entry point for the business model. The company hopes to collect the data from the moviegoers and sell it back to the studios to help them with metrics when it comes to marketing.

The company recently raised an additional $60 million for the expansion of MoviePass, which expects to have more than 3 million subscribers by the end of next year. Monthly subscriber retention is roughly 96%; 75% of MoviePass users are millennials, a group that Hollywood has struggled to turn into avid moviegoers, according to the Times.

The company was initially founded by two African American males, Stacy Spikes and Hamet Watt. The majority stake was sold to Helios and Matheson Analytics Inc. last August for an undisclosed price. Mitch Lowe, a Netflix co-founder, and former Redbox president, has led the company since June 2016 and Spikes remains onboard. The company is ecstatic about the new business model and has ramped up on employees since the sale took place.