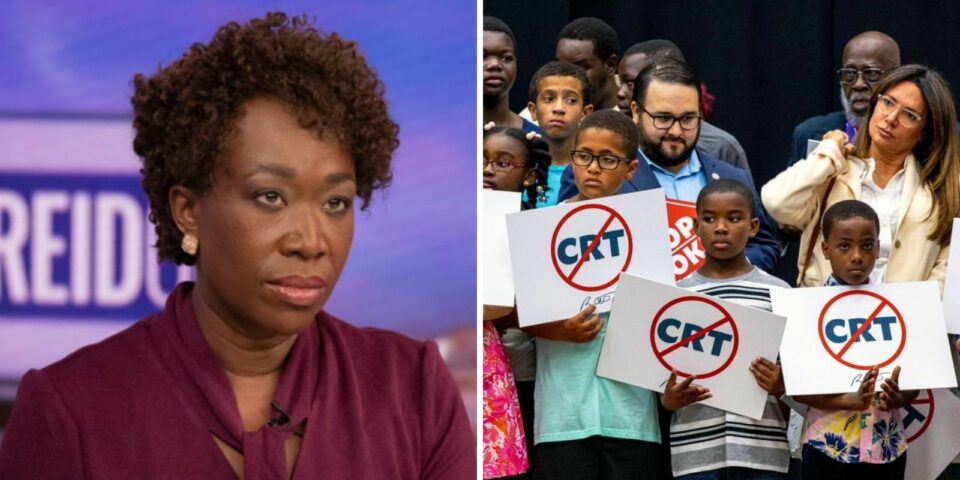 In her retweet, Reid compared the presser and photo to child abuse adding “I would really like to hear the back-story on who these kids were and how they wound up at a DeSantis event. Given how anti-Black DeSantis is, using Black children this way is extra sick.”

DeSantis’ Press Secretary Christina Pushaw tweeted additional context to the photo, saying all attendees were informed of the bill’s contents, and the people onstage chose to stand there.

“I was working at this event and helped with the set up. My colleague talked to all the kids beforehand & told them what the issue was & what bills @GovRonDeSantis was signing.”

In addition to his war on CRT, DeSantis has made headlines for his efforts to revoke Disney’s self-governing status in retaliation for opposing the controversial “Parental Rights In Education” bill he signed last week.

The bill states “Classroom instruction by school personnel or third parties on sexual orientation or gender identity may not occur in kindergarten through grade 3 or in a manner that is not age-appropriate or developmentally appropriate for students in accordance with state standards.”

According to CNBC, Disney’s self-governing status revocation will mean Orange and Osceola counties would have to provide the local services currently provided by Disney’s Reedy Creek Division. And, the $105 million in revenue from Disney would disappear, meaning county and local taxpayers would be on the hook for part or all of the added costs.