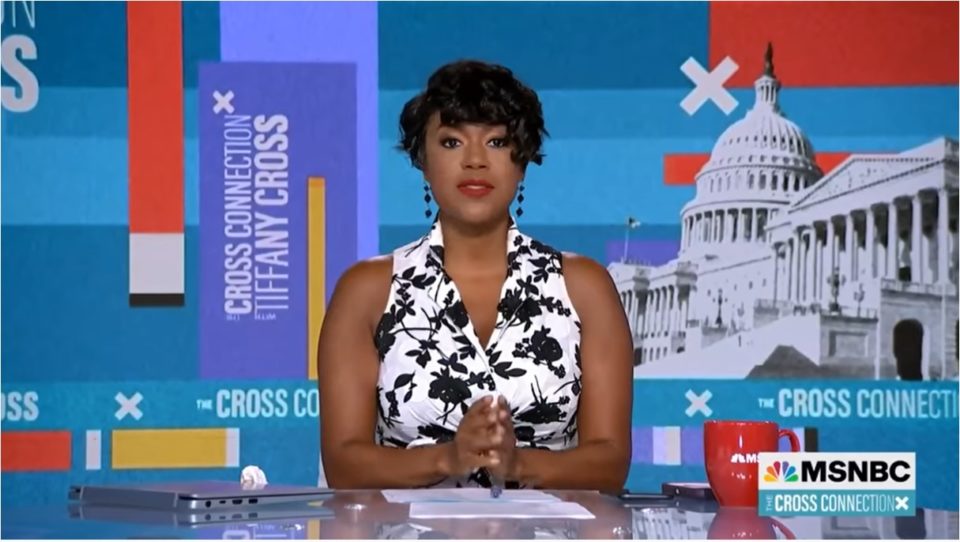 Solidarity showed up in the form of an epic read by Tiffany Cross. On her show, The Cross Connection, the MSNBC anchor opened the library on Megyn Kelly over her tweets directed at Naomi Osaka last week.

It all started when Clay Travis sarcastically tweeted about the fact that Osaka opted out of doing press and pulled out the French Open for self-care and then sat for the Sports Illustrated Swimsuit Edition, released a Barbie, and appeared in a reality show. Kelly chimed in and added Osaka’s Vogue Japan spread and Time magazine interview.

Osaka blocked Kelly after explaining that those magazine photoshoots were done last year; way before she pulled out of the French Open. Kelly then tweeted that Osaka had blocked her and claimed she was only tough on the [tennis] court.

Tiffany Cross decided that enough was enough and on her essay segment, she laid out the case against Kelly and her exchange with Osaka.

Cross then made reference to one of Kelly’s previous moments of racialized ignorance when she gave blackface the shrug treatment; an incident that ultimately led to her being fired from NBC.

“The blackface connoisseur who had to apologize for ridiculously asking why it was racist for white people to wear blackface for Halloween, is now going after someone who’s less than half her age, but has twice her intelligence,” Cross continued.

She also played clips of Megyn Kelly talking about how both Santa and Jesus were verifiably white. She ended by calling Kelly a high school mean girl and telling her that she does not have the range.

In the past, Kelly has also inserted herself in the affairs of Meghan Markle, Gwen Berry, and Nikole Hannah-Jones. In other words, when it comes to Black women’s business, Kelly cannot seem to help herself from Karening.

Cross has been on point with her critiques of white people misusing their platforms. Last month, she set Bill Maher straight when he suggested that Black Latinos needed to quiet their concern over being erased in the casting of In The Heights.

Of course, Megyn Kelly has not responded and it is advisable that she not.