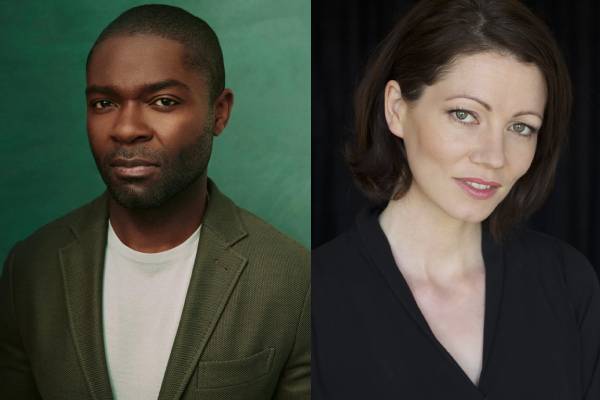 ViacomCBS and MTV Entertainment Studios announced today an exclusive overall deal with the Emmy® nominated actor David Oyelowo and Jessica Oyelowo for original scripted and unscripted series through their production company Yoruba Saxon. 101 Studios will serve as a production partner on all projects.

Bass Reeves, a limited series that will bring the legendary lawman of the wild west to life, is the first in development for the new partnership. Reeves was known as the greatest frontier hero in American history and is also believed to be the inspiration for The Lone Ranger. Reeves worked in the post-Reconstruction era as a federal peace officer in the Indian Territory, capturing over 3,000 of the most dangerous criminals without ever being wounded. Oyelowo is attached to star as Reeves in the Taylor Sheridan-produced project.

“David and Jessica are incredibly talented artists and we’re excited to develop our Bass Reeves project together with them and our phenomenal partner Taylor Sheridan,” said Chris McCarthy, President, and CEO, MTV Entertainment Group.

“As the first Black deputy U.S. marshal west of the Mississippi River, Reeves’ story is monumental, and this limited series will bring to light one of the greatest frontier heroes in our country’s history.”

“The stories Jess and I want to tell are boundary-busting and full of folks the likes of whom we have seldom seen on screen. The extraordinary story of Bass Reeves exemplifies just that. To collaborate with world-class talent like Taylor Sheridan to tell those stories to the widest audience possible, is our dream, and we believe that can and will be realized through the shared ambitions we have with ViacomCBS and its signature branded platforms, alongside our seasoned and brilliant producing partners at 101 Studios,” said Oyelowo.

“We are thrilled to partner with David, Jessica and the entire team at Yoruba Saxon on this new endeavor and we are especially excited about our first project on Bass Reeves chronicling the legendary life of the west’s most feared lawman. We can’t wait to give audiences an exclusive look into his strength, perseverance and absolutely remarkable story through our joint venture with Yoruba and our friends at ViacomCBS,” said David Glasser, CEO of 101 Studios.