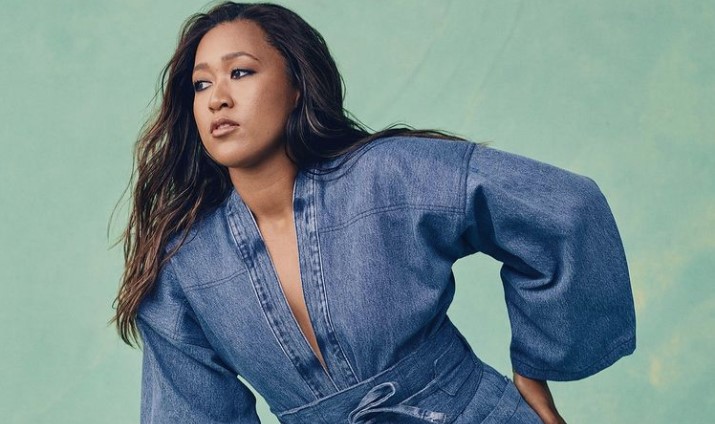 From the Tokyo Olympics to brand endorsement deals, Naomi Osaka has been on the move this year. She even became one of the most popular mental health advocates after withdrawing from the French Open in May.

Now, the 23-year-old tennis star is back in action with a new collection in partnership with Levi’s.

On Tuesday, Levi’s announced a four-piece denim collaboration with Osaka and shared pictures of the distinct designs.

What makes this release unique? All the denim pieces are made from upcycles and repurposed fabrics. The collection is now available on Levis.com.

“I had the honor of working with @levis design team to create 4 special pieces, all made from upcycled denim,” Osaka wrote on Instagram. “Getting to dabble in the design world is always so fun and informative, I can’t wait for everyone to see everything. Head to @Levis to see where you can buy it.”

Osaka had the opportunity to develop a denim collection which includes low-rise jeans, a bustier, and crystal fringe shorts. The signature piece is a denim kimono with a matching obi belt, inspired by Osaka’s Japanese-Haitian roots

“I always loved wearing kimonos when I was a kid. So, to be able to do it in denim felt really different and a bit unexpected,” Osaka said in a press release. “The sustainability aspect was super important to me. And I love that every piece in the collection has been recycled or repurposed from old stock.”

The collection provides a fresh look to many traditional pieces of clothing.

Osaka added her personal touch to the crystal fringe shorts.

“Our new collab was super personal for Naomi— she worked closely with our design team every step of the way (it was 💖 at first sketch),” Levi’s wrote on Instagram.

This isn’t the first time Osaka has worked with Levi’s. In January, Osaka was featured in Levi’s Beauty of Becoming campaign.

“I feel that everyone has their experiences that shape them into a person, and no one can take that away from you,” Osaka shares in the campaign video.

Levi’s Beauty of Becoming series featured celebrities who share their personal journey of becoming. In the three-minute video, Osaka explains what becoming means to her. “It means speaking your mind and speaking on the things that you value.”

Osaka has been a reflection of those words this year, speaking up for her mental health and being an activist for social causes.

At only 23 years old, she ranks as the highest paid female athlete ever. Forbes reported that the four-time Grand slam champion made $60 million from May 2020 – May 2021. Over 90% of her money ($55 million) comes from brand endorsements and the rest from on-the-field activity. Osaka is ranked No. 12 on Forbes list of the world’s 50 highest-paid athletes.