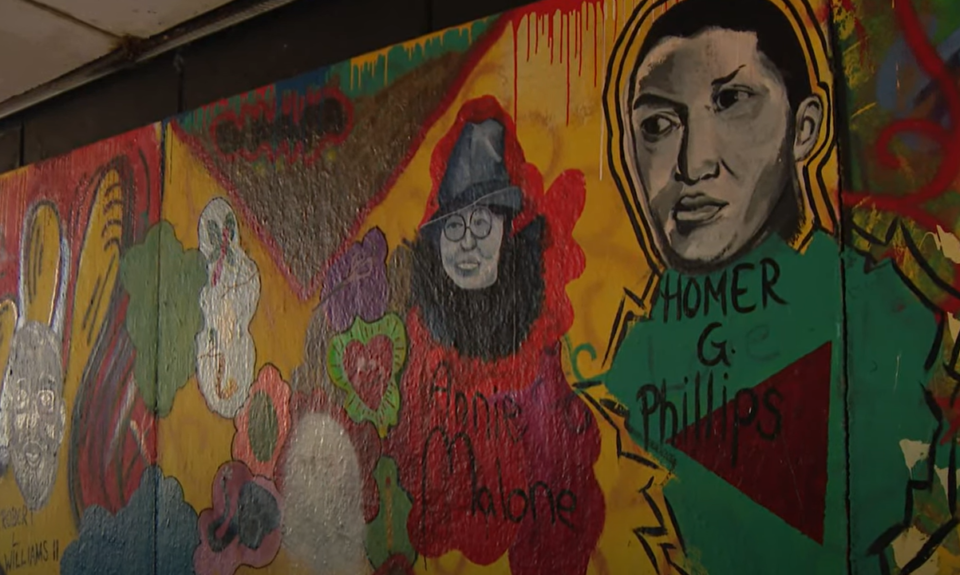 On Sunday, the St Louis-based college confirmed that the mural honoring prominent Black figures had been defaced to show racist symbols and the name of a white supremacist group, KMOV reports. De’Joneiro Jones, one of the artists who painted the mural, went to the site to see the damage after receiving an email informing about the vandalism.

“I don’t understand how people can destroy something that people put work in just because you don’t agree with something,” Jones said.

The artists behind the mural say that this isn’t even the first time the mural has been defaced. Jones recalls vandals spray painting the n-word and “pig” on the sidewalk while he and others worked on the mural.

“It’s crazy,” he told NBC News. “We’d have to go get something to eat and come back, and we had to leave the paint out there. So we would come back, and somebody’s done spray painted nasty, nasty, awful things.”

University officials released a statement saying an investigation is pending, and they are working to repair the damage done to the mural.

“We will not let this act of cowardice deter us from celebrating our rich cultural histories, especially the outstanding contributions of people who have led the way toward greater equity and understanding,” officials wrote.

The school noted how the racist graffiti highlighted the work that still needs to be done in creating an inclusive environment where everyone feels welcome and safe.

“Let us say again, so there is absolutely no room for doubt: Washington University stands unequivocally against hate, bigotry, racism, xenophobia, and discrimination in any form,” the letter stated. “There is no place on our campus for these behaviors, and this type of harmful action will not be tolerated or ignored.”