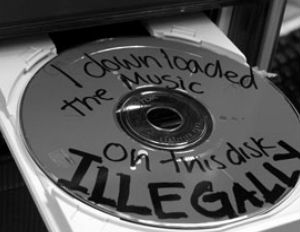 Music downloading has been the center of the entertainment industry’s controversial roundtable for quite some time, and while many in the music world have argued against the large portion of Americans who partake in piracy, America’s downloading population finally has proof to back up their stance.

According to Time, a study “conducted by Luis Aguiar and Bertin Martins using Nielsen “clickstreamâ€ data, and released by the European Commission Joint Research Centre – confirmed assumptions: attitudes differed by country, and piracy definitely affects off-line music sales. But … illegal music downloads, they discovered, had essentially no effect on the number of legal music downloads.â€

While music experts and [some] artists believe illegal downloading is inevitably affecting the outcome of album and singles sales, the truth is music purchases would only be two percent less if music downloading didn’t exist. In actuality, the study showed people who download music are “active in music consumption…more than twice as much of the year as legal-only consumers.â€