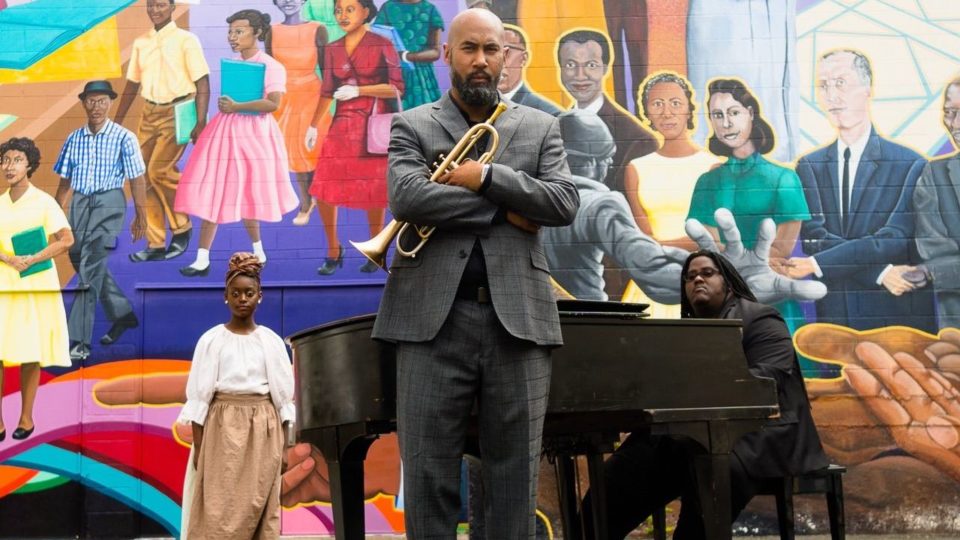 (Image: Chris Charles)
The ever-lasting spiritual song, “Lift Every Voice and Sing” has been the backbone of many Black Christian and Baptist churches throughout the years. As the “official” Black national anthem for many years, it had been brought up in many conversations in recent years as even the National Football League had announced prior to last season that the hymn would be heard before each NFL game played during the opening weekend.
Before that announcement last year, in July, two Black musicians, saxophonist Mike Phillips and pianist West Byrd, had added some soul-seasoning to the national anthem by incorporating the Negro national anthem at the beginning of the NASCAR Cup Series race at Pocono Raceway.
In January 2020, another talented musician and music educator made the decision to record his rendition of the popular hymn and released it earlier this year (see video below). BLACK ENTERPRISE spoke to Al Strong after the release of the song/short film and while he is in the process of working on his next project.
Why did you decide to do your own arrangement of “Lift Every Voice and Sing?”This version of “LEVAS” evolved over the course of two years through various live performances, and in January 2020 I decided to enter into the studio and record.What inspired you to create “LEVAS”?“Lift Every Voice and Sing” was a standard song, taught and sung often during my school-age years in D.C. public schools. Over the past 11 years as a music teacher at both the collegiate and grade school levels, I came to the realization that many of my music students did not know the song, and sadly never heard of it. In addition, being raised by my father, grandparents, and teachers, many of whom were Black, I found this rendition and short film addition as an honest attempt to honor them, their struggles, and the love that they instilled in me for our people.What will you be working on next?With so many great songs to choose from, my team and I are currently sorting through music, and moving toward the goal of releasing the next single from my upcoming album “LoveStrong Vol. 2.” Another short film/music video is in the works as well.