Muskogee Sixth-Grader Named An Honorary Member of Police Dept. for Saving Two Lives In One Day 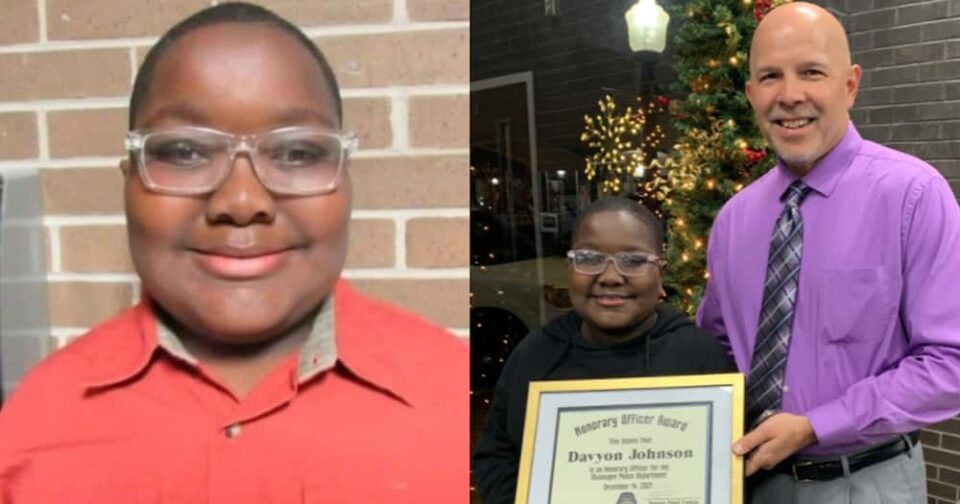 Our young hero honed in on some valuable life skills he had previously learned to help him save a choking student and rescue an elderly woman from a burning house. And impressively, all in one day.

The Enid News & Eagle reported, a student started choking after a water bottle cap slipped into his mouth. He was trying to refill his water bottle and used his mouth to loosen the cap. The choking student stumbled into a nearby classroom, where Dayvon happened to be. Prepared to put his skills into action, Johnson performed the Heimlich maneuver resulting in the cap popping out.

The 6th and 7th Grade Academy student told Enid News & Eagle he learned the Heimlich maneuver on YouTube, referring to it as a valuable procedure to learn. He said, “Just in case you’re in the situation I was in, you can know what to do.”

Later that day, the 11-year-old went from a hero to a “dual hero,” as his Principal Latricia Dawkins now calls him.

“It was a disabled lady, and she was walking out of her house,” Davyon said. “She was on her porch. But I thought, being a good citizen, I would cross and help her get into her truck and leave.”

He explained that the back of the house was on fire, “but it eventually got to the front of the house.”

According to Principal Dawkins, Johnson “has always indicated that he wants to be an EMT.”

Davyon’s mother, LaToya Johnson, told the news outlets that she’s not surprised her son performed the way he did. She said her brother, Wendell Johnson, is an emergency medical technician.