Why You Must Practice Conscientious Consumerism 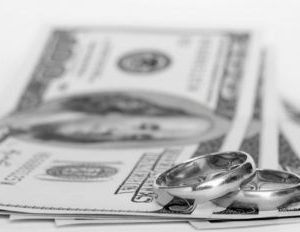 Americans–African Americans in particular–are engaged in a period of sustained activism amplified by social media, unseen since the civil rights era of the 1960s and ’70s. As a result, more African Americans are calling for us to leverage more than $1 trillion in black buying power to turn the tide against injustice.

Pointing to the now legendary Montgomery Bus Boycott, sparked by civil rights hero Rosa Parks and led by Rev. Dr. Martin Luther King Jr. as inspiration, calls to withhold black spending, whether for a set period of time or from a specific retailer or industry, rise with each racial incidence. However, as a person who came of age and lived through the civil rights era, and as a champion of black economic empowerment, my point of view is that leveraging our economic power must focus less on temporary reactions and more on positive, sustainable action. While boycotts have their place and purpose, lasting change can only come through conscientious consumerism.

A boycott is most effective when it is focused on a particular objective, such as changing a law or policy, and it targeted at a business or institution directly responsible for whether or not that change will be made. In the case of the Montgomery Bus Boycott, the objective was to end segregated seating and the mistreatment of black people by city bus drivers. The target was a bus system dependent on fares from black riders to be profitable. It took 380 days, in the face of both physical violence and legal intimidation, to achieve the objective.

An effective boycott can challenge and successfully change a specific practice or policy, such as racial profiling. However, in order to effect lasting, systemic change, with or without boycotts, we must engage in conscientious consumerism. This involves not just a temporary change in our financial decisions in the face of crisis, but making changes to our economic advantage that are maintained even when the crisis is resolved.

A great example of conscientious consumerism is the #BankBlack movement, which has inspired thousands of African Americans to make millions of dollars (and counting) in deposits to black banks. Another great example is the newly opened Smithsonian National Museum of African American Heritage and Culture. The NMAAHC happened because African American individuals and institutions invested their own money, and then leveraged their relationships with institutions and corporations that rely on black consumer support and spending, to fund the long anticipated public institution devoted to our achievements and contributions.

Conscientious consumerism is about paying attention to who does and who does not advertise with black magazines and other black-owned media, and consciously choosing to support the companies that do. It means intentionally seeking out quality black businesses, professionals, and service providers with which to spend your money as a matter of course, not just when you’re angered by news of yet another questionable (if not inexplicable) death of a black person at the hands of police. Conscientious consumerism is spending in our own communities, and with those who spend with us. It can be quite effective, especially during this holiday season.

Our consumer spending power is a valuable resource, but only if we leverage it strategically. Boycotts have their place as a tool and tactic of activism and change. However, our real economic power depends not on withholding our spending when we are justifiably angry in the face of injustice, but about being conscious, strategic, and intentional about our spending when we’re not.

Should You Ever Borrow From Your 401(k)?

FacebookTwitterYoutube
← Should You Ever Borrow From Your 401(k)? ← Bryant Gumbel and LeBron James Call Out Phil Jackson on ‘Posse’ Remark
×
'