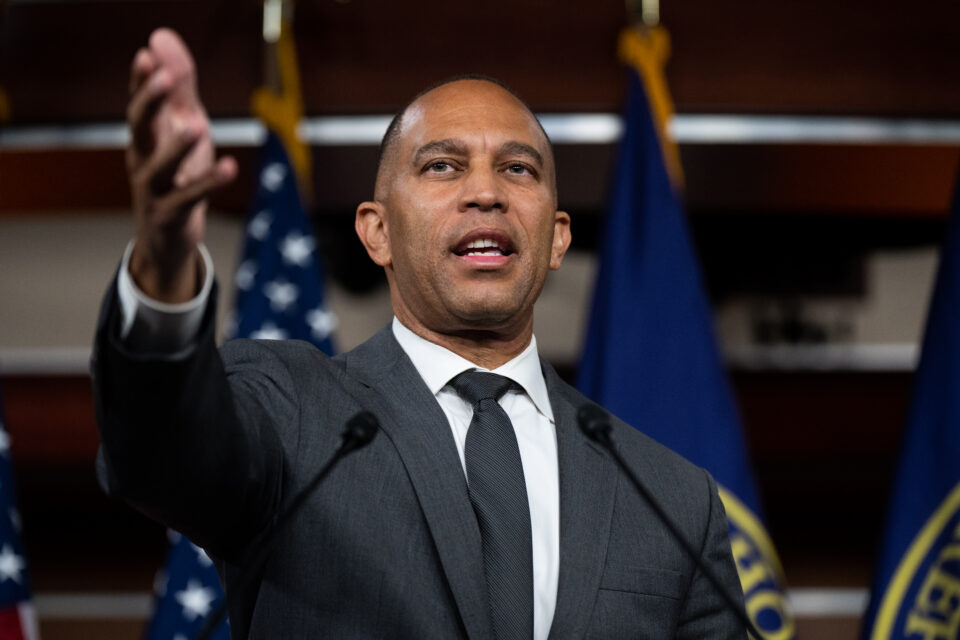 Pelosi announced Wednesday she would not seek a leadership position in the next Congress and Jeffries launched bid to be Pelosi’s successor, CNN reports.

“For me, the hour has come for a new generation to lead the Democratic caucus that I so deeply respect,” Pelosi said in a speech on the House floor. “And I am grateful that so many are ready and willing to shoulder this awesome responsibility.”

“Our top non-governmental priority, for the sake of the American people, must be retaking the majority in November 2024,” Jeffries wrote.

In addition to Pelosi announcing she would step down, House Majority Leader Steny Hoyer and House Majority Whip Jim Clyburn endorsed Jeffries to succeed Pelosi before announcing they were stepping down from their leadership posts,

Jefferies is set to succeed Pelosi, becoming the first new House Democratic leader in two decades and the first Black politician to lead a House or Senate caucus for either party. Jeffries, a New York University and Georgetown University graduate, is a former corporate lawyer who has represented some of the country’s most iconic Black areas.

Additionally, Jeffries, 52, helped craft the messaging for Democrats around healthcare and taxes that helped the party reclaim the majority in 2018. Jeffries is also a self-described progressive and unabashed critic of former President Donald Trump, calling him the “grand wizard of 1600 Pennsylvania Avenue,” who served as an impeachment manager at Trump’s first impeachment trial.

The politician’s promotion will also make his hometown of Brooklyn, NY, a Democratic stronghold where Jeffries lives less than a mile from Senate Democratic Leader Chuck Schumer.

In a statement, Jeffries praised Pelosi, calling her “the most accomplished Speaker in American history and our country is unquestionably better off for her extraordinary leadership,” who was “the steady hand on the gavel during some of the most turbulent times the nation has ever confronted.”

In an interview with The Atlantic last year Jeffries explained his political stance.

“I’m a Black progressive Democrat concerned with addressing racial and social and economic injustice with the fierce urgency of now,” Jeffries said. “There will never be a moment where I bend the knee to hard-left democratic socialism.”

Jeffries got his start in politics, in 2006, when he was elected to the New York State Assembly. In 2012, Jeffries was elected to Congress after defeating Carles Barron.