As the NAACP embarks on its 100th anniversary, the organization and America stands on the cusp of a new era. With the nation’s first African American president takes the reins with a promise to lead the country in the right direction, the NAACP too finds itself on the threshold of change. Leading the mission to reenergize and broaden the organization’s focus from equality between blacks and whites to human rights is Ben Jealous, the NAACP’s youngest president.

On this day, the organization’s centennial, the NAACP also has its eyes are set on the government and the economic crisis. With lawmakers wrangling over the fine points of a nearly trillion dollar stimulus plan to resuscitate the economy, the NAACP is leading the charge to ensure African Americans are equal beneficiaries of the plan. Jealous says its members are pushing the Department of Labor (DOL) to rebuild its antidiscrimination infrastructure as the stimulus plan is rolled out.

“We aren’t simply interested in a bailout for Main Street,â€ Jealous says. “We want a fix for Back Street.â€ The group wants staffing increased at the DOL’s Solicitors Office, which handles many discrimination lawsuits, as well as at the Office of Federal Contract Compliance Programs, so that money used to rebuild the nation’s infrastructure is proportionally distributed to blacks and black contractors.

“We’re also putting out a rather novel idea: that every stimulus-created job be processed through the federal employment service,â€ Jealous says. “We need to track who gets those jobs. We need to monitor it.â€

Jealous, 35, assumed the position in September, having served as president of the Rosenberg Foundation, a San Francisco-based organization that advocates for immigrants and working-class families. He also served as managing editor of the Jackson Advocate, a black-owned newspaper in Mississippi.

His appointment may be the boost the organization needs having been mired in controversy after the unexpected resignation of former president Bruce Gordon in 2007. His efforts to redirect the organization to more humanitarian focus were challenged by the board. Chairman Julian Bond and members of the board were also disillusioned with Gordon, who they claim did not meet fundraising goals.

Many youths have also questioned the relevancy of the old guard organization. Some have questioned whether its sole focus on civil rights are out of touch with the challenges faced by blacks in the 21st century.

Founded in 1909 by abolitionist W.E.B. Dubois and Ida B. Wells, the organization fought against lynch mob justice and institutional racism. It’s played a pivotal role in landmark civil rights cases such as Brown vs. Board of Education which, in 1954, outlawed segregation in schools.

Jealous says the organization will be looking to expand its New York presence to accommodate staff that would primarily be focused on working with the United Nations.

A Change of Pace 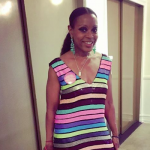