The NAACP has become the latest organization to boycott Arizona over the state’s new immigration law. The civil rights group has joined with others in a class action lawsuit today that challenges the new law requiring police to demand “papers” from people they stop who they suspect are not authorized to be in the U.S.

“We are joining this lawsuit because the Arizona law is out of step with American values of fairness and equality,â€ said Benjamin Todd Jealous, President and Chief Executive Officer of the NAACP. “It encourages racial profiling and is unconstitutional. African Americans know all too well the insidious effects of racial profiling.â€

The lawsuit charges that the Arizona law unlawfully interferes with federal power and authority over immigration matters in violation of the Supremacy Clause of the U.S. Constitution; invites racial profiling against people of color by law enforcement in violation of the equal protection guarantee and prohibition on unreasonable seizures under the Fourteenth and Fourth Amendments; and infringes on the free speech rights of day laborers in violation of the First Amendment. A number of other states are considering similar laws, according to the group.

Arizona SB 1070, or the Support Our Law Enforcement and Safe Neighborhoods Act, was signed into law by Gov. Jan Brewer on April 23. It is considered to be the broadest and strictest measure to fight against illegal immigration in the U.S. The law makes it a state misdemeanor crime for an alien to be in Arizona without carrying registration documents required by federal law, steps up state and local law enforcement of Federal immigration laws, and cracks down on those sheltering, hiring and transporting illegal aliens.

Arizona has an estimated 460,000 illegal immigrants and has the most illegal border crossings as it serves as the gateway for thousands of Mexicans and Central Americans, according to the Associated Press.

The NAACP is not alone in its boycott. Numerous U.S. cities — including Los Angeles and Seattle — and local organizations are also steering clear of the Grand Canyon State.

Late last month, Alpha Phi Alpha Fraternity Inc. announced it was moving its 104th anniversary convention from Phoenix to Las Vegas, Nevada. The convention was expected to draw up to 10,000 visitors to Arizona–adding hundreds of thousands of dollars in revenue to the local economy.

“We will not only speak with our voices and our feet, we will speak with our economic clout; and we will not spend our money in Arizona and urge other organizations and people who believe in equality under the law, to do the same,â€ said Herman “Skipâ€ Mason, the fraternity’s national general president. 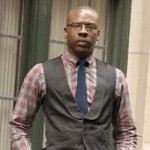 WATCH: How to Make a Strong Start in Tech

FacebookTwitterYoutube
← Score A-List Public Relations on a Shoestring Budget ← WATCH: How to Make a Strong Start in Tech
×
'