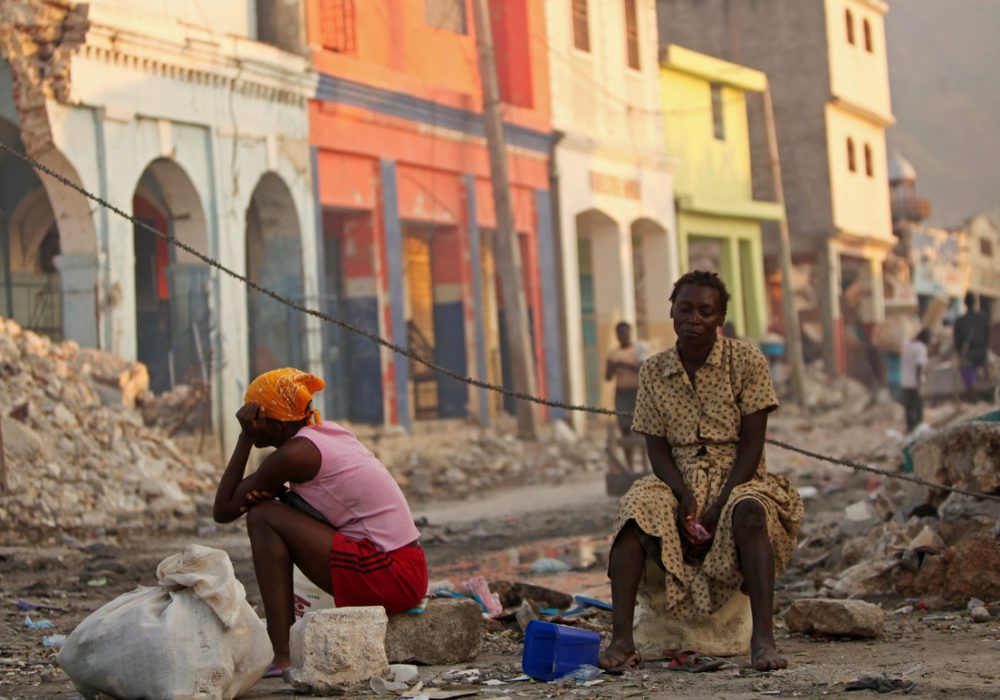 (Image: Life after the Earthquake in Haiti via iStock/1001nights)

The NAACP Legal Defense and Educational Fund (LDF) is suing the U.S. Department of Homeland Security (DHS) over the decision to remove Temporary Protective Status (TPS) for Haitian Immigrants.

Last November, the DHS announced it will terminate a temporary residence program that allowed almost 60,000 Haitians to live and work in the U.S. after a catastrophic earthquake devastated the country in 2010. President Barack Obama extended their TPS again after the Caribbean island was devastated by Hurricane Matthew in 2016.

Nonetheless, former Acting Secretary of Homeland Security Elaine Duke announced plans to cancel the status for Haitians, stating that “extraordinary but temporary conditions caused by the 2010 earthquake no longer exist” in the country. Without TPS, Haitian immigrants will be forced to either move back to Haiti, obtain a green card, or risk deportation by next year.

In a lawsuit filed in the U.S. District Court for the District of Maryland on Wednesday, the NAACP Legal Defense Fund argues that Haiti is “ill-prepared to receive” tens of thousands of Haitians because a cholera outbreak and Hurricane Matthew impeded the country’s ability to recover from the earthquake.

According to LDF, the DHS decision is rooted in racism, discriminates against immigrants of color, and, therefore, violates the Fifth Amendment by denying Haitian immigrants their right to due process and equal protection. Arguing on behalf of its Haitian members who are TPS protected, LDF also states that Duke and current DHS Secretary Kirstjen Nielsen took “irrational and discriminatory government action” in revoking the protections.

“The decision by the Department of Homeland Security to rescind TPS status for Haitian immigrants was infected by racial discrimination, states Sherrilyn Ifill, president and director-counsel of the NAACP Legal Defense and Educational Fund, in a press release. “Every step taken by the Department to reach this decision reveals that far from a rational and fact-based determination, this decision was driven by calculated, determined and intentional discrimination against Haitian immigrants.”

Straight From The Horses’ Mouth

The LDF says multiple sources of evidence show that the agency had “an intent to discriminate on the basis of race.” For one, the lawsuit cites a May 2017 The Associated Press report that revealed that a top immigration official requested data on crimes committed by Haitians in the TPS program. DHS also sought information to track the number of Haitians receiving public assistance. This data, says the LDF, “trades on false anti-Black stereotypes about criminality and exploitation of public benefits.” The hunt for such info “suggests the effort to manufacture a public safety rationale” to rescind humanitarian protections for Haitian immigrants.

As another piece of evidence, LDF quotes the New York Times report that President Donald Trump said 15,000 Haitians who came to the U.S. in 2017 “all have AIDS.” This is proof of Trump’s “racialized goals concerning immigration,” says LDF.

In addition, the suit points to Trump’s reported reference to Haiti, El Salvador, and African nations as “s—thole countries” during a White House meeting with lawmakers as evidence of his discriminatory attitude toward Haitian immigrants. During the meeting, Trump also said that Haitians should be excluded from an immigration bill, asking, “Why do we want people from Haiti here?”

“It’s disheartening to see the Haitian community targeted and mistreated in this way, but it also is not surprising,” said Raymond Audain, senior counsel at LDF, in a statement. “This decision reflects a shameful and persistent pattern of conduct by this Administration in which racial stereotypes drive policy decisions.”