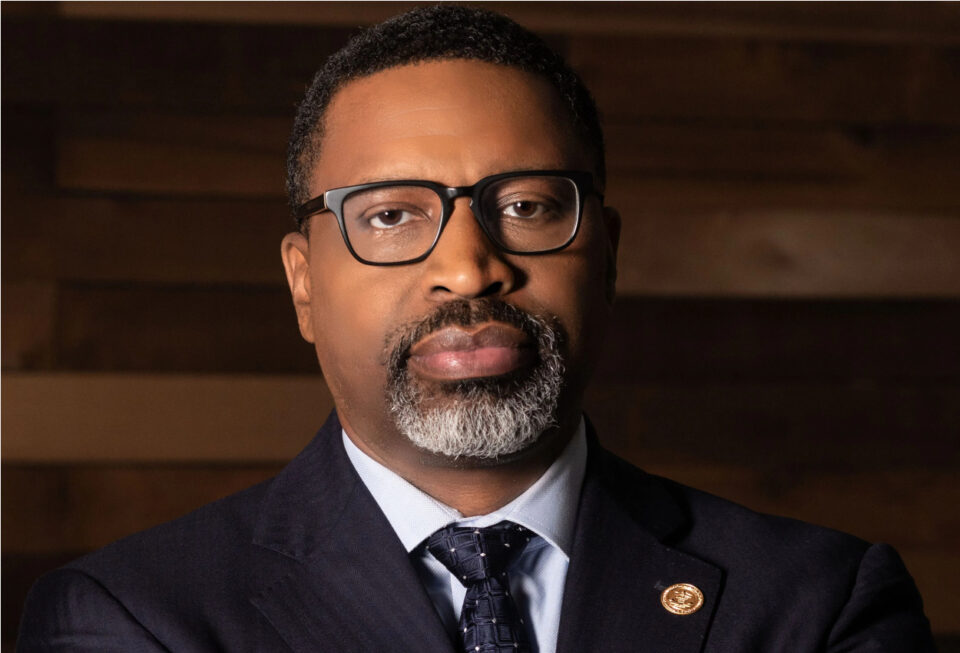 During a tour of Atlanta-area churches on Sunday, NAACP President Derrick Johnson made a statement to the state of Georgia encouraging voters to make an impact this year.

According to The Hill, Johnson said he hopes the state turns “Black” on Election Day, Tuesday, Nov. 8.

“Although they said that in 2020 you turned this state blue, I want to say that in 2022 we need to turn this state Black,” Johnson said.

“All eyes are on Georgia, and I know you can do it.”

Johnson also took to his Twitter account to encourage people to make efforts toward getting their votes in and helping others do the same. “This is one of the most crucial elections we will ever take part in—I am urging everyone to not only turn out and vote themselves, but to bring at least five friends to the polls with them,” Johnson said on Sunday.

In the tweet, Johnson also shared that the NAACP would offer a limited number of Lyft rides to provide free transportation to the polls.

Text or call 5 people right now. Check if they’ve voted. If they have, tell them to text 5 of their friends. If they haven’t, encourage them to go vote on Tuesday — if they need a ride, we are offering a limited number of free Lyft rides ($50 per person) to the polls. Link below.

“Remember the power of your ballot in this upcoming midterm election. Pull up to the polls on Nov. 8 to make your voice and vote count. Learn everything you need at http://naacp.org/vote,” the NAACP said on their Twitter page.

According to Georgia News, the NAACP, a civil rights organization, has spent an estimated $2 million to fund radio advertising in Georgia and eight other major battleground states. The organization also distributed approximately $6.5 million to 55 grassroots partners and local organizations across 18 states.

The race for Senate has reportedly tightened between Sen. Raphael Warnock (D-Ga.) and former football star Herschel Walker. Democratic nominee Stacey Abrams is hoping for an upset against Gov. Brian Kemp (R), who has a healthy lead in the polls, according to The Hill.

Let us handle your ride to the polls to #vote tomorrow. Pull up in a ride on us and @UMG!