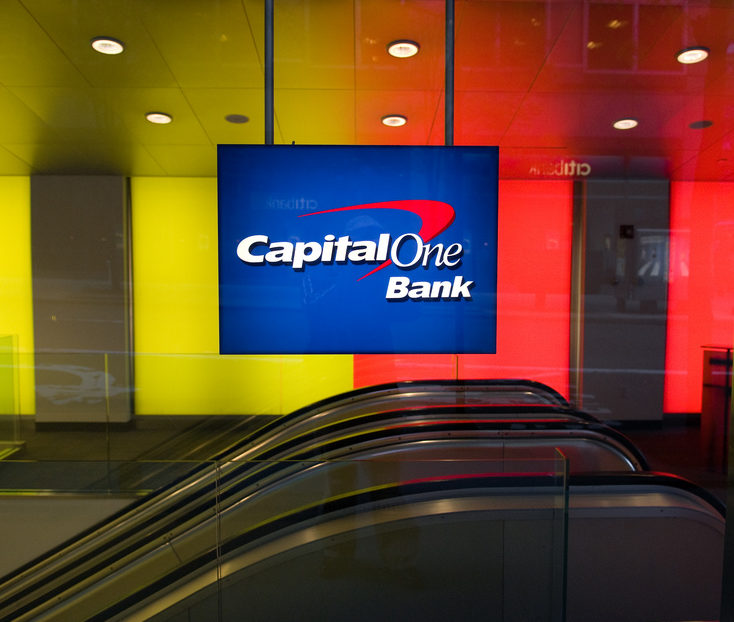 Over the past two years, Capital One Bank has been closing many of its brick-and-mortar locations around the state of Texas in what the bank claims to be a cost-cutting measure. The NAACP, however, has filed a lawsuit in federal court against the publicly traded company, alleging that its actions are discriminatory against its black and Latino customers, while also using black celebrities in its commercials to enhance its agenda.

The suit, filed in federal court in the Southern District of Texas, alleges that black and Latino customers are encouraged to use ATM cards to transact their business with the bank, which reduces the possibility of minority customers applying for mortgages, credit, and traditional banking services.

Actor Samuel L. Jackson, revered director, Spike Lee, and NBA Hall of Famer, Charles Barkley, have all featured in many of Capital One’s ads. The civil rights organization said the black celebrities are being unwittingly used to advance its agenda to relegate its minority bank customers to only debit-card carrying customers when their commercials ask, “What’s In Your Wallet?”

Capital One Fires Back

Capital One said in a statement to Black Enterprise that the assertion “is so offensive and so far from the truth, it doesn’t merit a response.”

“Capital One has been thoughtful about its branch strategy in order to provide the right physical presence in all of our markets that considers the needs of our customers, the communities we serve, and Capital One,” the bank said.

Last June, Capital One said it closed its seven San Antonio-area branches as part of cost-cutting measures. About 40 of the bank’s employees lost their jobs as a result of the closures. MySA reported that were also dozens of branch closings in 2016.

In November, the company announced it was laying off 950 people in Plano, as it exited the mortgage and home equity business and closed a call center.

“It was a difficult decision to make and we recognize the effect that it will have on our customers and associates,” Landers said. “It was a business decision based on the long-term cost, real estate and customer needs of this market location and not a result of individual associate or organizational performance.”

Capital One is either closing or has already closed banking centers in Beaumont, Corpus Christi, Fort Worth, Harlingen, Houston, McAllen, San Antonio, Texarkana, and Tyler, according to the company’s filings with the Office of the Comptroller of Currency, the Statesman reported.

The branch closures follow industry trend as consumers opt to use institutions’ websites and mobile apps as opposed to going to the physical store locations to conduct financial transactions. NAACP’s suit, however, alleges that Capital One has engaged in a conscious and deliberate plan to close banks in black and Latino communities while keeping ones in white communities open.

Joining NAACP in the lawsuit is the League of United Latin American Citizens, and Laurie Vignaud, a former Capital One employee.

The suit alleges that Vignaud, an African American female, was involved in monitoring “the knowledge and reactions of the black and Latino communities” on behalf of the bank. Vignaud repeatedly brought to her superior’s attention that the bank was violating the law by discriminating against minority communities, the suit alleges.

A spokesperson for the bank said the suggestion that the bank “monitors” the groups is offensive.

“Capital One has long believed that engagement with our customers and our communities is critical to understanding their needs,” the bank said. “This includes long-standing partnerships with community groups and advocacy organizations, hosting and participating in community-oriented events, and conversations with customers and local leaders to discuss mutual priorities and issues of shared concern.”

In a press release, NAACP said Vignaud “ceased being offered developmental and promotional opportunities while the same opportunities were being offered to less-qualified white employees.” The suit alleged that Vignaud was removed from work assignments which were, in turn, being directed to her white colleagues. She was advised that her marketing strategies were not effective but the suit claims that her strategies were later used as a model for Capital One nationally. As a result, Vignaud who has been with the company for nearly two decades was fired.

“All the allegations in this case are baseless and we will vigorously defend ourselves in this matter,” the bank said.

Efforts to reach representatives from the NAACP were unsuccessful.