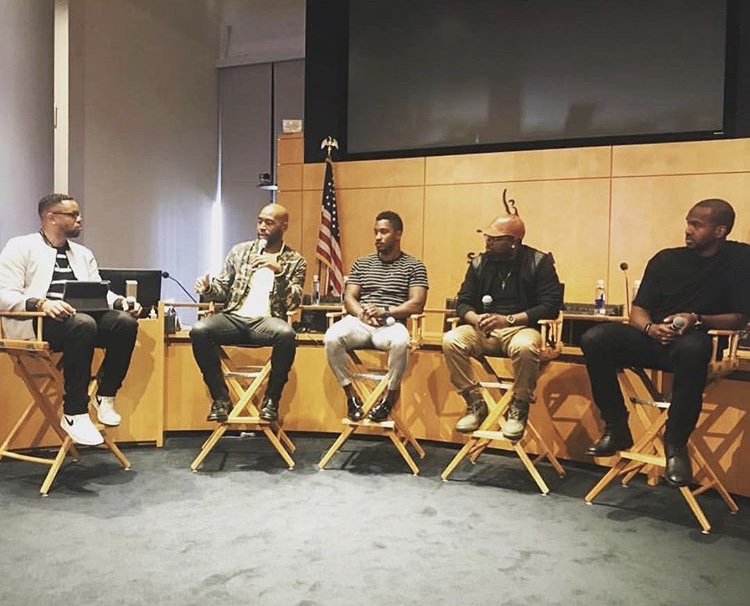 “No one is coming to save you,” said Access correspondent Scott Evans. There was some real candor during the Los Angeles chapter of the National Association of Black Journalists’ “Images of Black Men in Media” panel this past weekend.

“No one is coming to show you, you,” Evans continued. “It’s your responsibility to show us, you. If you have an Instagram page, if you have a YouTube Channel, you can craft stories with our perspective and reach people who need to hear it. You don’t have to wait until you’re on Netflix, on NBC, in an Oscar-winning film or on a trailblazing news magazine format show to do it.”

NABJ’s nationwide Black Male Media Project, which aims to help change the narrative around the lives and images of black men in the news and in society, hosted a diverse panel of entertainment and media personalities including, Queer Eye host Karamo Brown, Access correspondent Evans, actor and comedian Lil’ Rel Howery, and TMZ producer Van Lathan. The panel was moderated by NABJ-LA Vice President Jarrett Hill.

“The great thing now is we are putting ourselves in positions to executive produce, star in and write and tell our own stories,” said comedian Lil’ Rel. “Before I did my show on Fox, I was on The Carmichael Show and I was impressed by the way Jerrod [Carmichael] really worked every level of it. He wasn’t just taking the credits, he was actually doing the work, same thing with Issa [Rae], same thing with Donald [Glover]. They inspire me. From this point on, there is no reason why I shouldn’t run my show. I should be able to tell my story and be able to sit in the writer’s room with the other writers and create these stories.”

This event was a part of a bigger conversation that took place at various chapters nationwide. The organization hosted multiple NABJ affiliate chapter conversations in several cities, including Atlanta, Baltimore, Chicago, Dallas, Los Angeles, Miami, Pittsburgh and St. Louis, simultaneously. The initiative is designed to inspire, support, and develop training and mentorship opportunities for black men working in or aspiring to work in journalism and media.