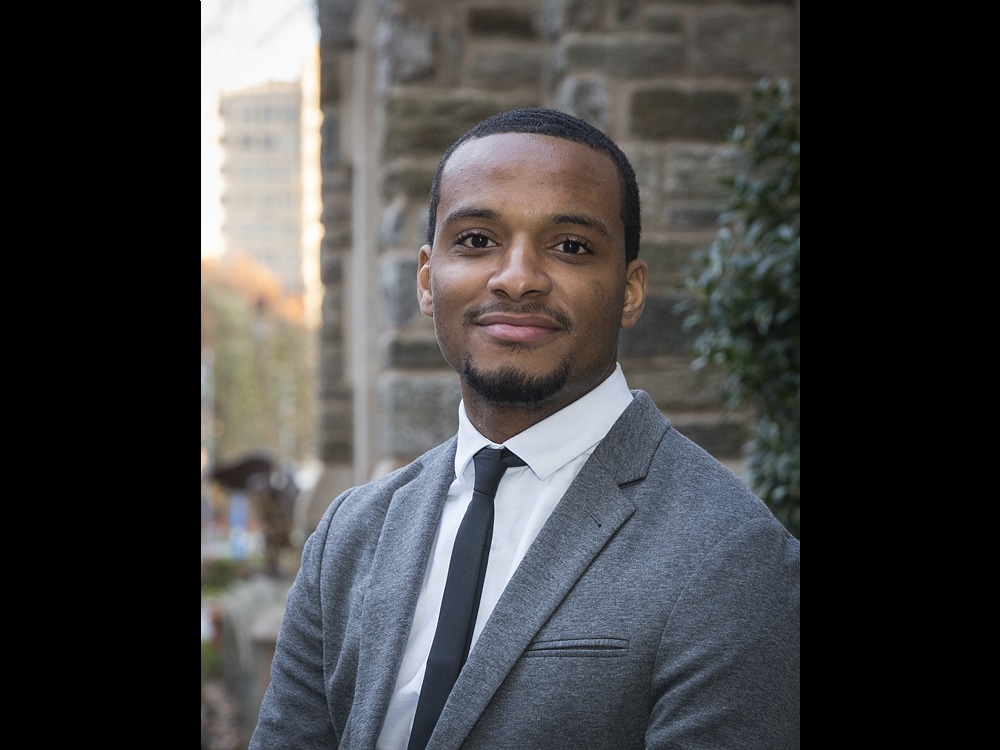 A Rhodes Scholarship is one of the most prestigious academic awards in the world—if not the most— one that, frankly, isn’t typically associated with open-access community colleges.

Yet, Hazim Hardeman, a 2017 Rhodes Scholar and graduate of Temple University who majored in strategic communications, first graduated from the Community College of Philadelphia.

Hardeman says CCP was formative for him in ways he could not have anticipated.

He spent three years there developing skills and habits of mind that would serve him well when he transferred to Temple, particularly developing relationships with professors and engaging in the classroom.

CCP was a kind of training ground, Hardeman says. “So when I got to Temple I was able to hit the ground running.”

His story also powerfully illustrates how given the right supports and challenges, struggling but bright students like Hardeman can excel.

Some students choose community college as a cost-savings measure, to shave off two years of a four-year tuition. But that wasn’t Hardeman’s strategy.

Because of family difficulties, Hardeman’s grades suffered during the critical high school years. He ended up living with family members instead of with his mother, who had been a main inspiration and support.

Once they were reunited, Hardeman got back on track academically, but there was no way his low grades would get him into Temple. He chose CCP and got involved on campus.

“I was heavily involved in Student Life,” Hardeman told me. “My final year there I was the second student body vice president. I was involved in the Honors Society, and that’s when I started reading curiously. I knew then that I wanted to be a scholar and a professor.”

Having laid the groundwork at CCP, he was able to articulate his goals once he got to Temple.

He chose his major after sitting in on a class, Rhetoric and Public Advocacy, which is his concentration. Hardeman says he wants to leverage his communication skills in the interest of the things he’s passionate about—specifically ending mass incarceration (he calls himself a “prison abolitionist”); issues in higher education, “but not just making educational outcomes more just and equitable, but also being attentive to the types of citizens we’re creating in the process.”

“A lot of people read my story and think of the hard work I’ve done and my determination. But my story is really a story of opportunity. When I was doing poorly it wasn’t a matter of ability—it was a matter of circumstances. Before we judge the character of other people, we need to understand the context of their lives. That goes not just for students, but for prisoners and the most marginalized in our society. That’s the lesson I’ve learned from this—not that I have any exceptional ability, or that I’m smarter or more determined than other people who live in my neighborhood, [but it’s a question of opportunity].”

For more about this thoughtful young leader who’ll soon be heading to Oxford University, go here.