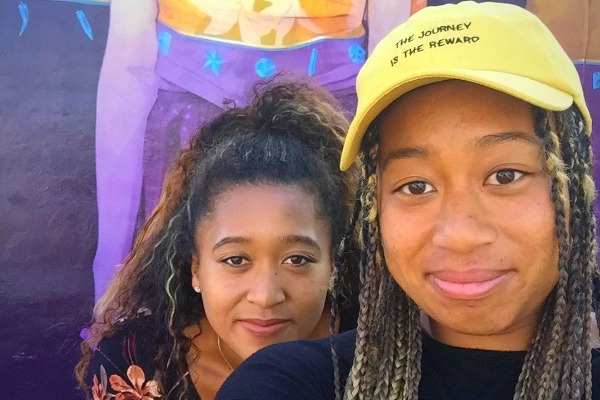 Tennis champions and sisters Naomi and Mari Osaka have teamed up to release an autographed art collection through the growing NFT market.

Titled “The Colors of Naomi Osaka” the collection includes pieces designed by Mari and personally signed by each sister, Hype Beast reports. The sisters partnered up with Basic.Space when making their NFT debut with all proceeds going to Naomi’s foundation, The Play Academy.

The sisters’ five-piece artwork collection sold for $600,000 with a sixth piece being given away through a $5 raffle that allowed for buyers of all ages to participate. Speaking about her inspiration behind the pieces, Mari shared how her 4x Grand Slam-winning sister acted as her muse.

“I basically asked Naomi what she likes or dislikes and came up with the concepts and art based off her answers,” she said. “Each of the pieces have a different story to tell based off her interests.”

With the non-fungible token market increasing in popularity, the Japenese-Haitian sisters thought the industry would be a great way at breaking barriers to connect with their supporters.

“The NFT world allowed us to broaden our platform as creatives by letting us know there was a platform where this kind of art and creativity are wanted,” Mari said. “I didn’t see digital art becoming a wanted commodity until the NFT world emerged.”

Even as the cryptocurrency market starts to cool down, NFTs are still making headlines for some of its recent projects including an auction of the infamous “Charlie bit my finger” video (via BBC), and an Andy Warhol digital art collection, CNN reports.

When it comes to NFTs making a crossover into the sports industry, Naomi says “the opportunities are endless so there’s no limit to expression.”

Despite the recent drop in the crypto market, her sister thinks NFTs are here to stay.

“I think that currently since the NFT world is new, there is a huge boom about it but in my opinion it is definitely something that is here to stay for a while.” Mari said. “Considering almost anything can be an NFT I see digital art playing a role but I also see animations and real-life items, it’s a huge list of almost anything you would want.”