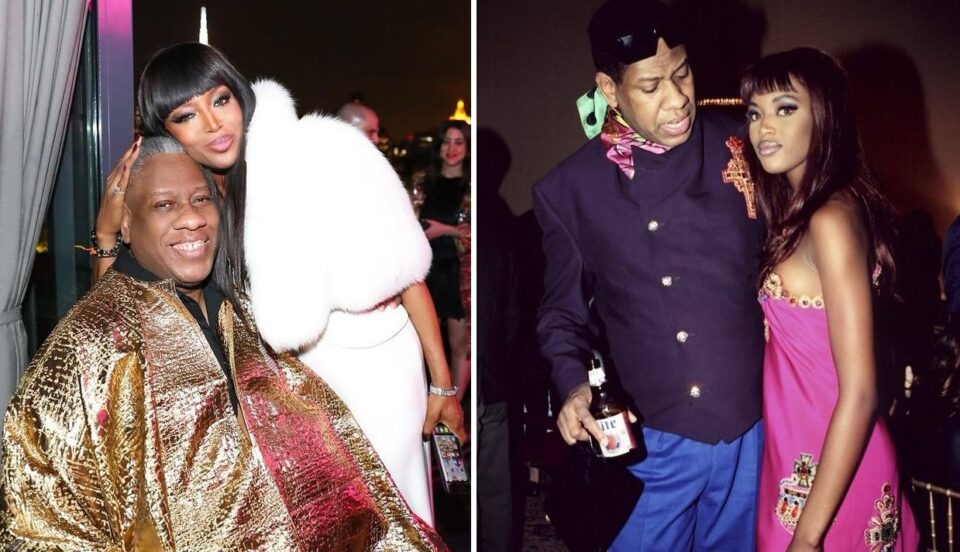 In a heartfelt Instagram post featuring pictures of herself and Andre Leon Talley over the span of three decades, Naomi Campbell paid tribute to the late fashion icon, who played a pivotal role in her career.

Her touching note, addressed as a letter to Talley, came a day after the former Vogue creative director died of an undisclosed illness. In it, Campbell not only praised her longtime friend, who she called a “ray of light filled with laughter and positivity,” but also recounted some of their private adventures.

“So much to say but can’t say all,” she wrote in her caption, “from flying in helicopters in Brazil and landing in a football field in a storm, to running around Moscow buying Russian dolls and typical Russian hats , to dancing around in my hotel room in Paris and showing you different walks, to hosting my 40th birthday party in Antibes, to our last trip in 2019 to Nigeria.”

Of all of these, Campbell dedicated the most time to their final adventure, sharing that many people had told her to expect Talley to cancel the trip to Africa at the last minute.

“And there you came to Lagos with a wheelchair and all, and you embraced everyone and everyone embraced you,” she recalled “You were animated, fun and seeing all the young Nigerian creatives sitting at your feet taking notes with admiration, to going to church on Easter Sunday in Lagos of which you said coming to Africa was like an epiphany for you .. Seeing you so happy and in your zone is how I choose to remember you”

In the hours following the news of Talley’s death, several stars of the fashion world took to social media to share the impact he had had on their careers, including Marc Jacobs and Tyra Banks.