Naomi Campbell: From Ripping the Runway to Producing TV Shows 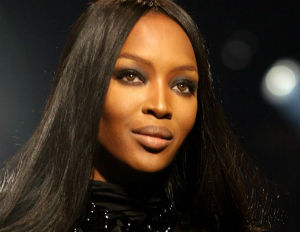 Yes, Naomi Campbell is starring in a new reality series about findingÂ new models, The Face, on Oxygen, which premiered last week.Â Yes,Â she’s known to be a pure b-word walking. And yes, most certainly yes,Â she can still strut any of those modern day supermodels out of theirÂ panties on a runway.

The supermodel who once ruled the runway is much more fierce than just a pair of legs.

BlackEnterprise.com sat down with the star to talk about her transition to TV.

BlackEnterprise.com: What perfume brands have you produced in your career?

Naomi Campbell: I started my fragrance line in 1999 and now the full line of
Naomi Campbell Fragrances, includes 13 different perfumes. My 14thÂ scent — Queen of Gold — will launch this summer. I’ve always thoughtÂ that it was important to wear a scent that reflects your attitude onÂ each given day. Your fragrance is like an expression of your innerÂ thoughts and feelings and I rarely feel the same way every day.Â That’s why I enjoy offering people a variety of options with myÂ perfume line.

Talk about how you got the editor’s job at Interview Magazine.

I came up with the idea to work with Interview Magazine inÂ Russia and Europe and called Peter Brant, who is a close friend, toÂ run it by him and he liked the idea. That’s how it all started.Â I’ve always loved meeting new people and hearing about their lives,Â careers and stories. It’s really fascinating. I had the opportunity toÂ interview Hugo Chavez for GQ UK in 2010. It was a really uniqueÂ experience, and I knew I wanted to continue to interview interesting
people. That’s when I thought about working with Interview Magazine.

In the fall of 2011 I was named Editor-at-Large of the Russian andÂ German editions of the magazine, which was a dream come true. As anÂ Editor-at-Large, I’ve been able to interview so many different peopleÂ from all walks of life, including Sean Penn, Zaha Hadid, Ronnie Wood,Â Julian Schnabel, Lenny Kravitz, Robert Peng, Edward Sexton, and mostÂ recently Kate Moss and Iman. It’s been a really great opportunity.

Let’s talk about your business aspirations outside of fashion?

Throughout my career I’ve always been interested inÂ opportunities outside of the fashion world. I’ve been able to workÂ with people in the music, TV, film, fashion, beauty and businessÂ worlds and all of the experiences have helped me grow and build myÂ brand.

At the moment, I’m looking forward to my foray into TV as anÂ executive producer and supermodel coach on Oxygen’s “The Face.â€ It’sÂ been a great learning experience and I’ve enjoyed learning more aboutÂ the production.Â  I’m also focused on my charity, “Fashion For Relief”Â (which helps mobilize the fashion industry to support importantÂ causes), perfume line and my job as Editor-at-Large for InterviewÂ Russia and Interview Germany.

What brands do you still support and that support you?

Naomi: I support and love so many different brands.Â  As far as fashionÂ goes, some of my favorite brands and designers are Azzedine Alaia,Â Alexander McQueen, Dolce & Gabbana, Givenchy, Roberto Cavalli, Pucci, andÂ Marc Jacobs (his own brand and Louis Vuitton ).

What agency represents your modeling career?

My manager is Robert Ferrell at Marilyn Celebrities Paris and New York.

At this point, I’m focused on my new Oxygen TV show, “TheÂ Face.â€ As a coach on the series, I’ve had the great opportunity toÂ mentor and guide aspiring models. I’m also an executive producer, andÂ in that role I’ve been responsible for choosing contestants for theÂ competition; bringing in designers, photographers and fashion industryÂ executives to participate in the challenges; consulting on the typesÂ of test shoots that are done in order to ensure they are authentic andÂ realistic; and creating unique opportunities for the contestants thatÂ mirror real-life situations.

I’ve been focusing a lot of my time andÂ energy on this project lately!

Oh, how the modeling industry has changed in the last 26 years since you began modeling…

The modeling industry is certainly more corporate than it wasÂ years ago.Â  There are lots of great things that have not changed overÂ the years — it’s still an exciting industry with lots of talentedÂ models and genius designers, and the thrill and adrenaline rush of theÂ runway still exists!

Name the biggest international cities for fashion in 2013.