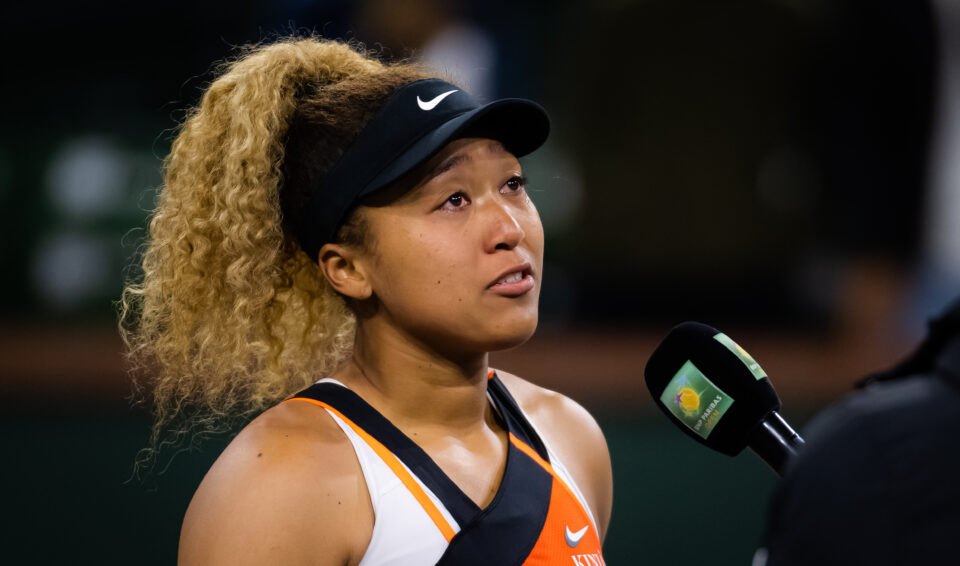 INDIAN WELLS, CALIFORNIA - MARCH 12: Naomi Osaka of Japan addresses the crowd after being heckled by a fan in her second-round match against Veronika Kudermetova of Russia at the 2022 BNP Paribas Open at the Indian Wells Tennis Garden on March 12, 2022 in Indian Wells, California. (Photo by Robert Prange/Getty Images)

Naomi Osaka had pure intentions when naming her new LeBron James-backed media company. Osaka tapped into her Japanese heritage when coming up with the name “Hana Kuma.”

On Tuesday, the decorated tennis champion told the NY Times that the name means “flower bear” in Japanese. But the new media company has been under fire on Twitter after African tweeters noted that “Hana Kuma” translates to “woman without a vagina” in Swahili, NY Post reports.

“Did they do a global search on what the name means?” another user asked. “She should have been well advised [that] it has a very vulgar meaning in Swahili, which is spoken by many people.”

“If you keep the name #hanakuma, the name will override the news and the stories you wish to share,” one user urged. “The name of the brand is already news! I suggest a change and also just being a bit respectful to global culture. It’s not overthinking here, it’s protecting a brand!”

Once Osaka was made aware of all the controversy surrounding her new media company’s name, she sent a tweet seemingly brushing off the slip-up.

“Prayers for all my overthinkers. We be going through it,” she wrote.

Osaka is a proud Japanese Haitian tennis star who likely wasn’t thinking about Swahili translations when coming up with the Japanese-inspired brand name. Hana Kuma operates in partnership with James’ SpringHill, an entertainment development and production company.

Osaka aims to use the imprint to tell diverse stories through the realm of scripted and unscripted television series, documentaries, anime, and branded content.

“What excites me is being able to inspire people and tell new stories, particularly ones that I would have wanted to see when I was a kid,” she said of the new venture. “I always wanted to kind of see someone like me.”