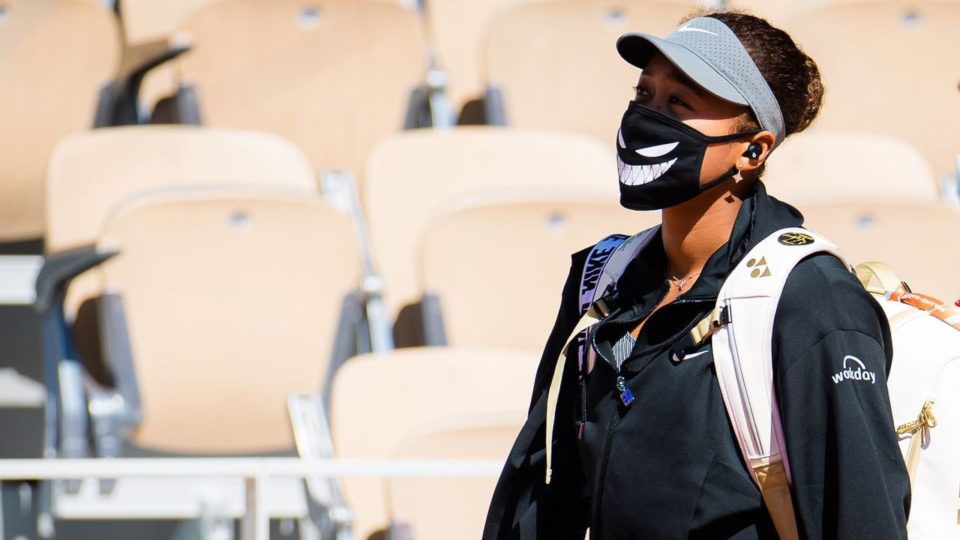 Naomi Osaka is back dominating on the court and managed to take time during her match to make one  little Black girl’s dreams come true.

After her win, the tennis star walked over to a young Black fan watching her in the crowd to give her a gift.

“I just heard her when I was playing my match and she was so cute, so thank you for cheering me on.”

The gift was actually an Olympic pin.

“In the Olympics, we got little pins that we were supposed to pass around to other players, you know like trading pins.

“And I wasn’t there for a long time so I have a couple in my bag that are leftover. I thought it would be a nice little memory.”

“I just heard her when I was playing my match and she was so cute.”@naomiosaka shared a moment with a young fan and gave her an Olympic pin after the match ❤️ 🥺 pic.twitter.com/s9P9qs2dHV

The girl was at the match watching with her father, English music producer, Tim Blacksmith.

Blacksmith, who has worked with Rihanna and Beyoncé among others, later thanked Osaka on Twitter for her gesture.

“Thank you so much for making my daughter’s first @usopen a truly memorable one,” he said. “Much love and blessings.”

You may recall, the 23-year-old tennis star had the honor of lighting the Olympic cauldron in her birth country of Japan at the Tokyo Olympic Games.

Osaka later posted in a tweet calling the Olympic moment, “undoubtedly the greatest athletic achievement and honor I will ever have in my life.”

“I have no words to describe the feelings I have right now but I do know I am currently filled with gratefulness and thankfulness,” she wrote.

Osaka took her last match in 93 minutes. She secured her spot in the second round. She is scheduled to play again today.