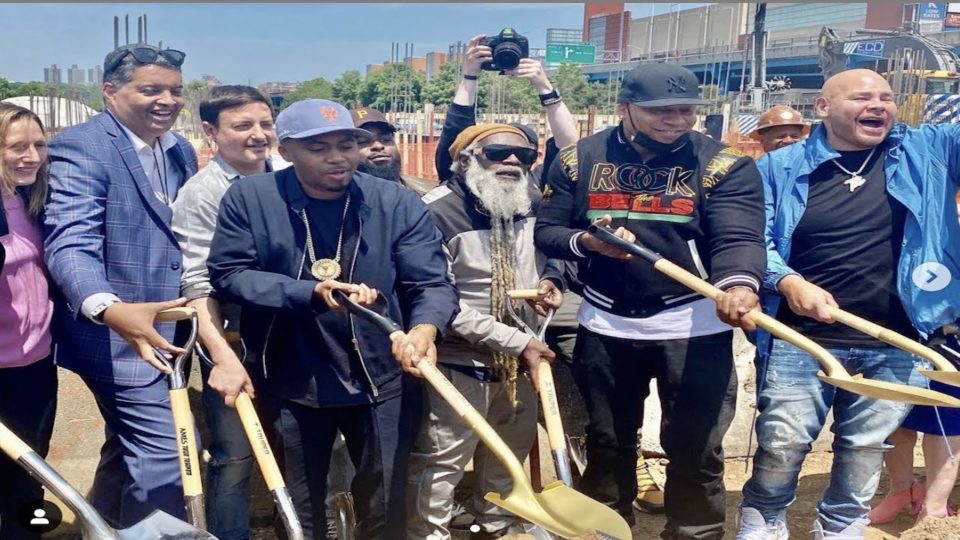 Nas, LL Cool J, Slick Rick, and Fat Joe were a few of the hip-hop icons present at the groundbreaking of the Universal Hip Hop Museum in the Bronx.

The rappers grabbed their gold shovels and smiled for photos as they celebrated the official groundbreaking of the forthcoming Universal Hip Hop Museum, Rolling Out reported. Local politicians and business executives were also present along the Harlem River to commemorate the first hip -hop museum within the music genre’s birthplace.

“Hip-hop made me believe that anything was possible,” LL Cool J said. “It was the first time that I heard, you know, young Black men sound empowered. Most of the time when I saw young Black men, they were, like, putting their heads down being put in a police car…This was, like, the first time where I felt like, ‘Wow. It’s possible to be powerful. It’s possible to be somebody.'”

As the first rapper to earn 10 consecutive platinum-plus selling albums, it was only right that LL Cool J be present ahead of the museum’s building process.

“Today, we broke ground on the Universal Hip Hop Museum in the Bronx NY. FOR THE CULTURE💯 We’re doing this for the people today, and the people that’ll be here a thousand years from today,” he captioned an Instagram post.

“Hip-hop came out of the Bronx like Vietnam,” said Bronx native and rapper Fat Joe. “I’m just a kid, I’m talking eight years old, and I would be listening to hip-hop. And I knew this was what I wanted to do. It was born from nothing, and it has fed millions and millions.”

It has been two years since New York state awarded the museum with a $3.5 million grant to aid in its development. Earlier this year, the museum launched a $100 million capital campaign to further construct the building and its interior.