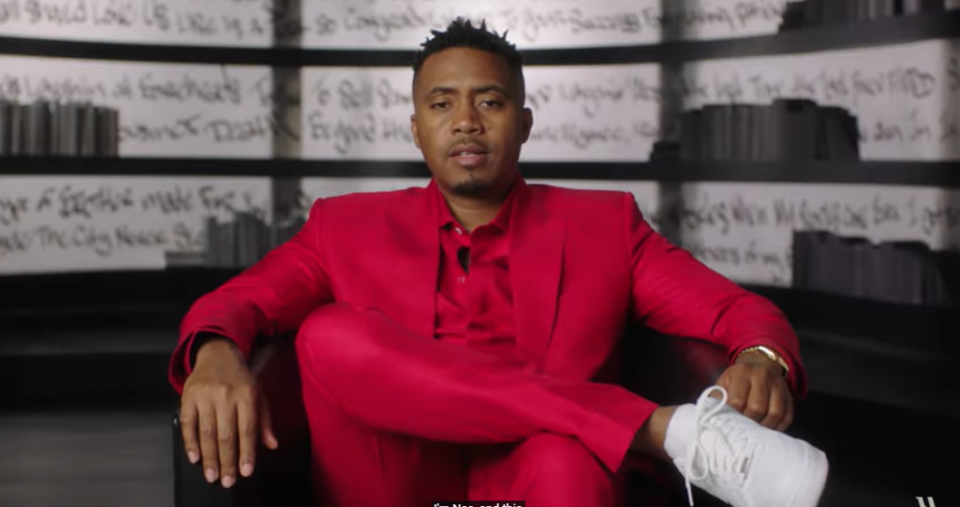 Rapper Nas is putting the big bucks behind his latest gaming publisher investment and partnered with mega-tech company Google to get the ball rolling. (Image: Screenshot)

One of the most esteemed hip-hop storytellers is about to show you the process of how he creates hit songs.

The educational platform MasterClass has recently announced that Nas will be teaching students the art of storytelling this week.

Stay tuned to learn from hip-hop legend @Nas as he brings you inside the studio for a firsthand, real-time look into creating the song, from inspiration to lyrics and flow. pic.twitter.com/BFrMlXr2SP

According to reports, the “You Can Hate Me Now” rapper will drop the jewels to his craft on October 14. The rap icon has just released a single and video titled “Big Nas” (Original Song from MasterClass).” With this week’s MasterClass debut, Nas will how to pen a hip-hop song via 12 video lessons.

According to a press release, Nas explained why he agreed to partner with MasterClass.

“I feel like everybody has their own technique. If you take a look at mine, it’s really too much to say in one MasterClass. If you take my technique, I think you’ll find that it might be real similar to yours if you’re a writer. You might see things that you do that are similar or that you didn’t see before in yourself. You might find that I gave you something that could add to what you’re doing, and I think that’s important. I think that’s where we’re at in the business: it’s to share.”

Nas, who is also an astute businessman through his own venture capital firm QueensBridge Venture Partners, has put money into companies such as Robinhood Markets Inc., Coinbase Global Inc., DropBox Inc. and, Lyft Inc.—now all public companies.

This past summer, Premium Nicaraguan cigar maker Escobar Cigars by Puros Privados, Inc. announced it struck a global strategic partnership with the Grammy award-winning, multi-platinum recording artist, who is now a co-owner and equity partner of Escobar Cigars.