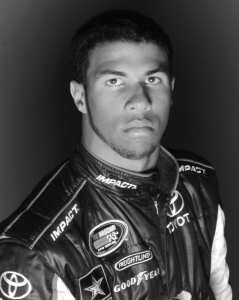 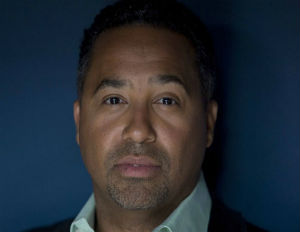 It’s been a quite a year for NASCAR’s leading initiative to create diversity in the multi-billion dollar motor sports industry.

In November, Kyle Larson, a Japanese American, won his first NASCAR title at the K&N Pro Series East, its top developmental circuit. The car’s owner is Max Siegel of Rev Racing, who won his first title as a car owner.

The victory marked a banner year for NASCAR’s diversity initiatives. Kyle Larson graduated from the Drive for Diversity program, led by Siegel along with NASCAR Vice President of Public Affairs and Multicultural Development Marcus Jadotte.Â Started in 2004, Drive for Diversity has helped to recruit and develop a diverse pool of talent and broaden the accessibility and appeal of motor sports. Insiders say the program is helping to change the face of racing both on and off the track.

A native of racing and motor sports hotbed Indianapolis, Siegel, author of “Know What Makes them Tick: How to Successfully Negotiate Almost any Situation,” is also the CEO of USA Track and Field.

Siegel decided to put off the idea of team ownership in 2004 when his former client, the late NFL Hall of Famer Reggie White, passed away. The pair were supposed to go into ownership together, but Siegel re-entered the industry when he asked to become the President of Dale Earnhardt, Inc. It was a match made in North Carolina.

“I had a vision to help NASCAR diversify their programs ever since,” Siegel says.

Fast forward to the present, Siegel appears on the fast track to even more success as diversity initiatives promise to ensure a bright financial future for the sport. In 2011, his drivers won half of all races in the K&N Pro Series. In addition to managing the program, he also produced television and film properties including BET Networks series “Changing Lanesâ€ in 2010 and the 2011 ESPN documentary “Wendell Scott: A Race Story,â€ for people to become more familiar with women and the history of drivers of color in the sport. Scott was the first-ever black driver to win a major NASCAR race.

Marcus Jadotte, who became the first black officer at NASCAR in 2011, has been instrumental in helping Siegel and NASCAR’s vision come to life. Since its inception, the Drive for Diversity program has recruited and trained 42 women and people of color from around the United States, Mexico, and Canada. Hundreds apply to be trained as drivers or pit crew members each year. In 2012, 17 were invited to a 3-day combine and 12 are admitted into the 2012 intensive class cycle.

“The commitment itself is the most important driver of the diversity program,” says Jadotte, who has been working with the program since 2006.

NASCAR has invested heavily in the program, but Rev Racing has and will continue to raise additional funds. Each car for the smaller races can cost approximately $750,000 each and Rev Racing has six teams. When drivers get to the higher levels of NASCAR, such as the Sprint Cup and Nationwide Series, cars can cost between $20-25 million.

levels. Darrell Wallace, Jr., an up-and-coming driver who was a part of the Drive for Diversity program at age 15, was the first black and youngest ever to win top honors in the K&N Pro East Series.

Jadotte has also continued to help NASCAR’s efforts to transform the landscape of the corporate offices of the franchise. He has seen several changes from the time he began until now. Jadotte believes that NASCAR has a long way to go but is on the right track — one step closer to reflecting the diverse makeup of the country in the sport.

To find out more information about the Drive for Diversity’s innovative programs, visit www.nascar.com/drivefordiversity.