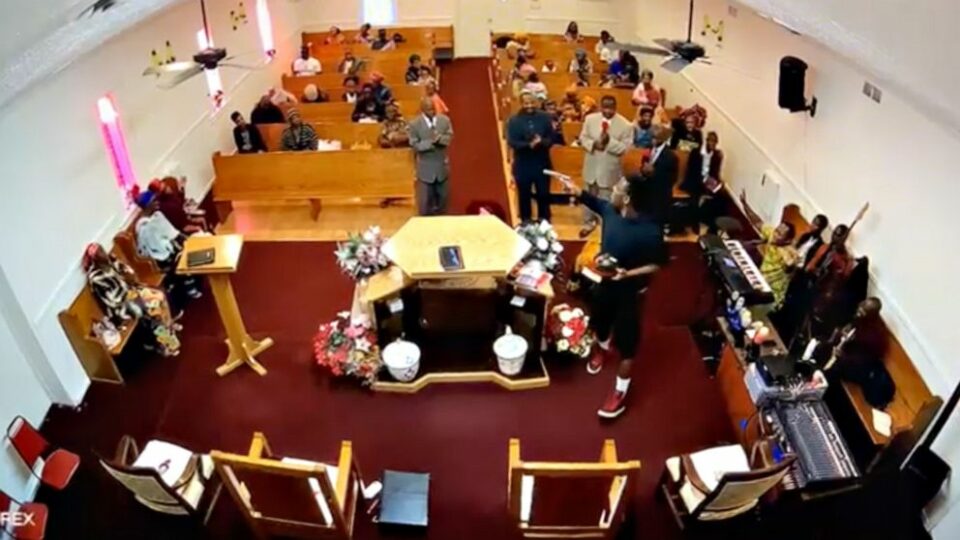 A pastor in Tennessee quickly saved the day when he tackled a parishioner who brandished a gun during church service on Sunday.

According to the Metropolitan Nashville Police Department, this past Sunday, a 26-year-old man, Dezire Baganda was sitting in front of the church at the Nashville Light Mission Pentecostal Church. When the pastor went to pray with several other church members, Baganda pulled out a gun and walked up to the altar. That’s when the pastor sprung into action.

Baganda instructed everyone to get up as he waved and aimed his gun at the congregation. The pastor then tackled Baganda before he had a chance to use the weapon. As this happened, other church members joined the pastor in disarming and subduing him to the ground until police officers arrived on the scene at 930 West Trinity Lane.

CBS 17 identified the pastor as Ezekiel Ndikumana and he spoke with the news outlet through a translator, who is a choir member, Nzojibugami Noe.

“He wanted to kill, that’s what first came to my mind,” Ndikumana said. “He was standing in the front of almost everybody. No one was behind him yet, so he could have done anything.”

Ndikumana said that although Baganda was not a member of the church, he had attended services there previously. Reportedly he was asked not to come back to attend services last February after he interrupted pastors during their sermons. Although asked not to come back, church members said he was never violent towards them. He showed up at the church Sunday for the 10 a.m. service and remained quiet until he approached the altar at around 12:45 p.m.

The congregation has credited Ndikumana with saving their lives, although, he said their lives were always in God’s hands. According to an arrest affidavit, while being taken into police custody,  Baganda stated that he was Jesus and that all churches and schools need to be shot up.

Baganda had been charged on Sunday with 15 counts of felony aggravated assault. Multiple counts are expected to be added at the beginning of the week.