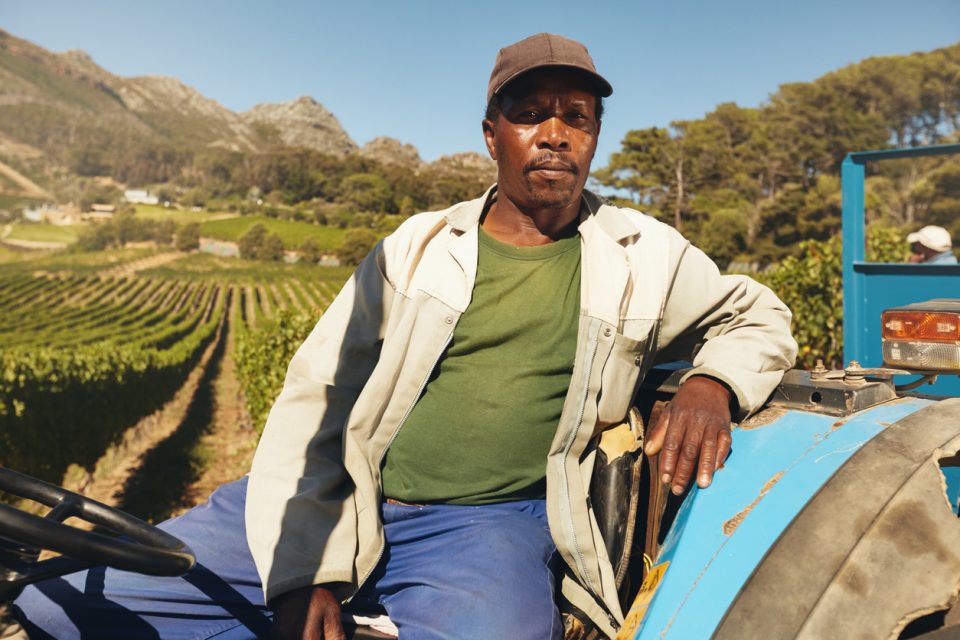 Update: John Deere reached out to us with the following statement about the National Black Farmers Association and to share this press release announcing a coalition with the National Black Growers Council and the Thurgood Marshall Scholarship Fund to “preserve heirs’ rights in rural communities, while also expanding additional work needed to improve the livelihoods of Black farmers”:

“In the past six years, John Deere has supported the NBFA through equipment donation, attendance at conferences and sponsorship of the 2019 annual conference. John Deere is committed to invest resources to eliminate systemic barriers facing Black farmers and communities, and will continue to do so through our continued partnership with organizations like the National Black Growers Council, Minorities in Ag, Natural Resources and Related Sciences (MANNRS), and the Thurgood Marshall College Fund (TMCF).”

“We remain committed to these organizations, the additional partners with whom we work, as well as Black farmers and the communities they represent.”

Year after year the National Black Farmers Association (NBFA) has invited the Deere company to display its equipment at the NBFA’s annual conference. Repeatedly John Deere executives have curtly declined the invitation.

“John Deere has shown throughout its history that it has little respect for Black farmers. The company seems to view our invitations as a nuisance,” said NBFA President John Boyd. “I have reached out to Mr. John May, president of John Deere, numerous times to discuss the issues raised by the NBFA. Mr. May’s response is ‘I decline your invitation,'” which is unacceptable.

With 116,000 members in 42 states, the NBFA represents a substantial customer base for John Deere. Many farmers would relish the opportunity to see firsthand the new and emerging farm technology that is developed to enhance their performance and productivity. But the company continues to participate at predominantly white farm shows and events while snubbing the black farmers’ events. Deere has never displayed any of its equipment—not even a lawn mower. John Deere denies Black farmers the respect and dignity they deserve, reflecting the level of disdain that is still widely prevalent in agricultural industries.

Since the racial unrest spurred by the merciless killing of George Floyd by Minneapolis police on Memorial Day and the shooting of Jason Blake in Wisconsin last month, many sectors of American society have recently taken actions to address the shameful racial disparities in treatment and opportunities that plague people of color. Needed change seems to be rising, especially in this year of the nation’s racial reckoning, when protests have roiled cities and towns. But not at John Deere.

The National Black Farmers Association (NBFA) members deserve the very same treatment as the Farm Bureau, whose members enjoy discounts on John Deere purchases. “Service call inquiries to John Deere equipment from Black farmers is much slower than their white counterparts,” said Boyd. “We buy tractors and John Deere parts as well. We deserve to be treated with dignity and respect not as a nuisance.”

“We announce a boycott of John Deere. We are asking all NBFA members to stop buying John Deere tractors, implements, mowers, and parts,” Boyd said. “We are now open to new relationships with companies who value the work of NBFA members.”