National Cares Mentoring Movement â€“ for the Love of Our Children 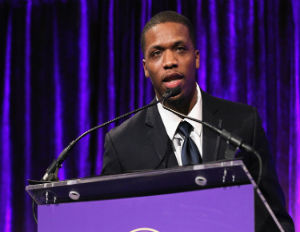 I’ve been trying all morning, but I can’t sing “Everything Must Changeâ€Â like 15-year-old torch singer Mae Ya Carter-Ryan, whose sultry voice sounds like that of a woman whose heart has been broken a few times.

And that was just the beginning of a powerful evening–the National Cares Mentoring Movement’s For the Love of Our Children annual gala held last night in New York. Founded by Susan L. Taylor, probably best known for her role as the former editor-in-chief of Essence magazine, the National Cares Mentoring Movement works with impoverished black children to bring them hope and a future.

The Things that Accompany Poverty

The work is needed. According to the organization–

But Taylor focused not on bleak statistics but on the historical resilience of the black community and our ability to fight for what’s right.

A clip of students helped by the organization was especially moving. A young man in attendance, Teonte Miller, told the audience that he had been in gangs and once hoped to be the best drug dealer he could be–he said he didn’t know there were other options for him. Because of the work of the National Cares Mentoring Movement, he is graduating this spring with an associate degree.

With a theme of honoring black men and their gifts to the nation, the gala included a powerful poem composed and recited by Jessica Care Moore. While the screen behind her showed photographs of well-known black men, from Marcus Garvey to Martin Luther King to President Barack Obama (which the room greeted with cheers and applause), and many others, Moore recited her poem in an animated, spoken-word style, bringing her hearers to their feet several times.

“I’ll begin with the way you walk,â€ the poem began, with a photo of Harry Belafonte on the screen. It was the perfect way to segue into that part of the gala. The evening’s honorees were hip-hop icon and entrepreneur Russell Simmons; producer of the film Fences and founder and CEO of the firm Macro, Charles D. King; and founding director of the National Museum of African American History and Culture in Washington, D.C., Lonnie Bunch III.

To learn more–and better yet, to give or get involved–visit the National Cares Mentoring Movement’s website.