National CARES Mentoring Movement – 'Out of Poverty into Sustainability' 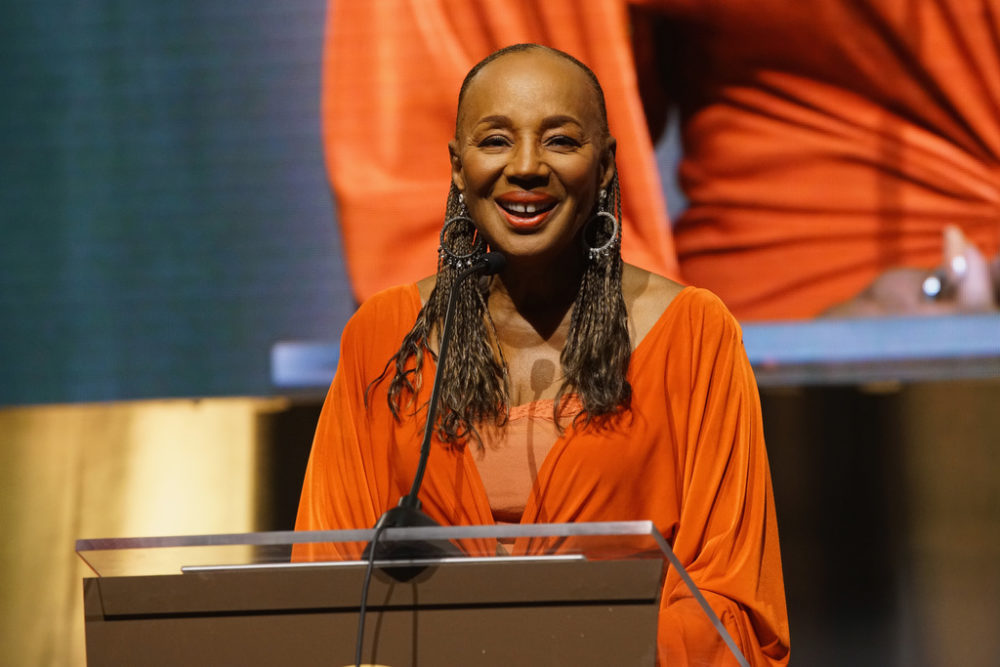 On Tuesday night I attended the National Cares Mentoring Movement’s third annual For the Love of Our Children gala, which raises critical funds for the organization’s life-changing work with young people in need.

The stars were out. Grammy Award-winning singer-songwriter Maxwell opened the evening by introducing the award-winning broadcast journalist Tamron Hall, who co-hosted the evening along with best-selling author—and truly hilarious emcee—Michael Eric Dyson.

To set the tone before Maxwell came on stage, a corps of about eight young dancers dressed in white flitted and floated across the stage in a kind of lovely fusion of ballet and modern dance. Their talent, exuberance, and innocence seemed to tacitly say, this evening is about children.

For the Love of Our Children

The aptly named gala places under-resourced children at the heart of the evening. But the other heart is certainly Susan L. Taylor.

Gracious, soft-spoken, compassionate, and regal, Taylor took time to name several individual supporters and supporting organizations and sponsors and describe in a few words what their assistance has meant to her over the years.

She thanked her team, several of whom were in attendance, and spoke of the critical, life-changing work happening across the country.

The evening’s honorees also reflect Taylor’s passion for justice for African Americans and other disenfranchised peoples: Rev. William J. Barber II, pastor of Greenleaf Christian Church and the national co-chair of the 2018 Poor People’s Campaign; Cicely Tyson, actress, advocate, and humanitarian; and Tarana Burke, who has worked in social justice and launched the Me Too movement.

“Each day, we see the powerful effects of public-private-community partnerships,” CARES Founder and CEO Susan L. Taylor is quoted in a statement.

“Our honorees are emblematic of the new world that is on the way, and they have inspired the surge of new, young activists who are pushing the nation, from the workplace, college campuses, and communities to stand for social change. The CARES gala is a unique gathering of caring leaders—the high and the humble—from a breadth of sectors. It’s a jamboree of believers linking arms and aiming to end generational black poverty and the injustices sustaining it—so all of America’s children, families, and industries can flourish. We are remaking ourselves. We are building America the beautiful!”

Standing in the Gap

The National Cares Mentoring Movement describes itself as “the only organization working nationally to holistically advance black children whose lives have been disrupted by systemic under-resourcing and extreme poverty.”

Barber assumed the role of prophet last night, preaching—there is no other word for it—and quoting from Ezekiel 22: 27–30:

27 Your politicians are like wolves prowling and killing and rapaciously taking whatever they want. 28 Your preachers cover up for the politicians by pretending to have received visions and special revelations. They say, “This is what God, the Master, says . . .” when God hasn’t said so much as one word. 29 Extortion is rife, robbery is epidemic, the poor and needy are abused, outsiders are kicked around at will, with no access to justice.’ 30 “I looked for someone to stand up for me against all this, to repair the defenses of the city, to take a stand for me and stand in the gap to protect this land so I wouldn’t have to destroy it. I couldn’t find anyone. Not one.”

For more about the National CARES Mentoring Movement, to donate, and to volunteer, visit its website.