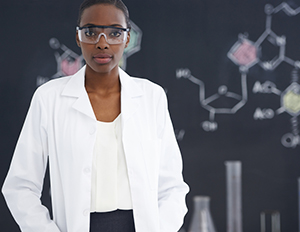 The White House Initiative on Historically Black Colleges and Universities is an inter-agency between the White House and the Department of Education. The Initiative was established by an executive order in 1980 via President Carter, and reauthorized by President Obama in 2010 to “increase the capacity of HBCUs to provide the highest-quality education to a greater number of students.â€

The Initiative achieves this goal by performing five core tasks, which includes strengthening the capacity of historically black colleges and universities (HBCUs) to participate in federal programs.Â In this vein, the Initiative submits an annual report to the president that highlights the participation of HBCUs in federal programs. The anticipated outcome of sharing the report is to open new opportunities for supporting HBCUs through competitive grants, contracts, and cooperative agreements.

The most recent report was published in 2015, and it indicates that HBCUs in FY 2013 accounted for 2.8% of all federal funds awarded to all institutions of higher education (IHEs), a decrease from the 3.1% share in FY 2007. This dip in funding also suggests that HBCUs are presently underfunded by federal programs. In other words, whereas HBCUs make up 3% of colleges and universities, they only receive 2.8% of federal funding,Â according to the Department of Education.

Data from the report further highlights funding by department/agency and reveals far more notable disparities. Specifically, the National Science Foundation (NSF), which operates on a $7 billion budget and was founded to “promote the progress of science advance the national health, prosperity, and welfare; to secure the national defense,â€ contributes very little funding to support STEM at HBCUs. Only 0.9% of research and development funding, 1.8% of facilities and equipment funding, and 0.2% of funding for financial aid from the NSF is allocated to HBCUs.

To the credit of the NSF, the Historically Black Colleges and Universities Undergraduate Program (HBCU-UP) was established in 2000 to “enhance the quality of undergraduate STEM education and research at HBCUs, as a means to broaden participation in the nation’s STEM workforce.â€ More specifically, funding from the HBCU-UP program is used to support targeted infusion projects, broadening participation research projects, and so forth at HBCUs.

Though the establishment of this research support program is a step in the right direction, it is not a sole solution to inequitable STEM funding. In total, the program only allocated $33 million to HBCUs in 2014. And, despite the program’s success, severe disparities in funding in key areas, such as research/development and facilities/equipment, persist.

This is deeply troubling from both an economic parity and a national security perspective. According to the National Science Foundation (NSF), in 2012, 8.5% of black undergraduates attended HBCUs. In contrast, HBCUs awarded 17.8% of the science and engineering bachelor’s degrees to African American students.

In order to promote equal employment opportunity for STEM graduates in the STEM workforce, to meet the nation’s accelerating demand for STEM talent, and to ensure the global competitiveness of the American workforce, the National Science Foundation needs to demonstrate a greater commitment to allocating resources HBCU STEM programs.

According to the Department of Education, “Improvements in STEM education will happen only if Hispanics, African Americans, and other underrepresented groups in the STEM fields, including women, people with disabilities, and first-generation Americans, robustly engage and are supported in learning and teaching in these areas.â€

Jared Brown currently coordinates a $25 million initiative at the United Negro College Fund (UNCF) designed to cultivate the next generation of African American innovators and entrepreneurs. He awards scholarships and administers an online entrepreneurship curriculum to more than 150 Â undergraduate scholars representing more than 40 colleges and universities. He also serves as operations director at Black upStart, an early stage social enterprise that supports entrepreneurs through the ideation and customer validation processes. He is a leading voice in the field of black entrepreneurship with publications appearing in Black Enterprise, Generation Progress at the Center for American Progress, and the Congressional Black Caucus Foundation.