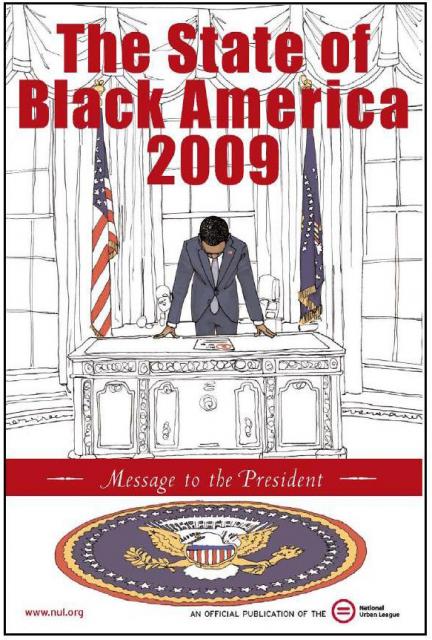 Blacks are twice as likely as whites to be unemployed; three ties more likely to live in poverty; and more than six times as likely to be incarcerated, according to the National Urban League’s annual “State of Black Americaâ€ report.

The report, released today, examines the socio-economic differences between blacks and whites in such areas as jobs, homeownership, and healthcare. It is a barometer of how far African Americans have come and have yet to go.

Paraphrasing Charles Dickens, Urban League President Marc Morial said these are the best of times and the worst of times for black America. While blacks are elated over President Barack Obama’s election, there continues to be a deep and widening divide between the promise and the reality of the American dream, says Morial. “This nation cannot get out of the current crisis or achieve its potential in the global economy of the 21st century unless all of its people have equal chances to succeed,â€ he said.

According to the report, not a lot has changed in the past year in terms of equality, and shows the status of blacks at 71% that of whites.

The 2009 report has an additional purpose: to advise the nation’s first black president on how best to address ongoing challenges faced by African Americans. Subtitled “Message to the President,â€ the report includes essays by scholars, researchers, and lawmakers, as well as letters to President Barack Obama from four ordinary citizens who’ve utilized NUL services to solve a problem or achieve a goal.

For many of the report’s most important indices, the results are mixed, with marginal gains at best. The poverty rate has declined from 42% to 33%, while the homeownership rate went from 64% to 63%. Median household income moved from 61% to 65% and the unemployment rate from 43% to 51%. The area of economics showed the greatest degree of inequality, from 58.6% in 2008 to 57.4% in 2009. The equality index for education from went 78.6% to 78.5%. The area of health showed the only increase, moving from 73% to 74.4%, largely because more whites do not have insurance coverage.

“This report is a call to action not only to the president and Congress, but to us. I believe that if each of us takes personal and collective responsibility for ourselves, our children and our communities, if we become civically engaged and work together for the common good, we can transform the state of black America from a tale of two cities to a story of one America,â€ said Morial.

The State of Black America report includes recommendations to Congress and Obama about how to help improve the lives of African Americans in several key areas. The Urban League is calling on Obama to ensure that blacks are active participants in what it calls the green jobs revolution by making available job training and employment opportunities like improving the nation’s energy grid, retrofitting buildings with solar paneling and helping to create infrastructure for wind energy. “We must ensure that the green revolution does not result in a green divide in 21st century America,â€ said Morial.