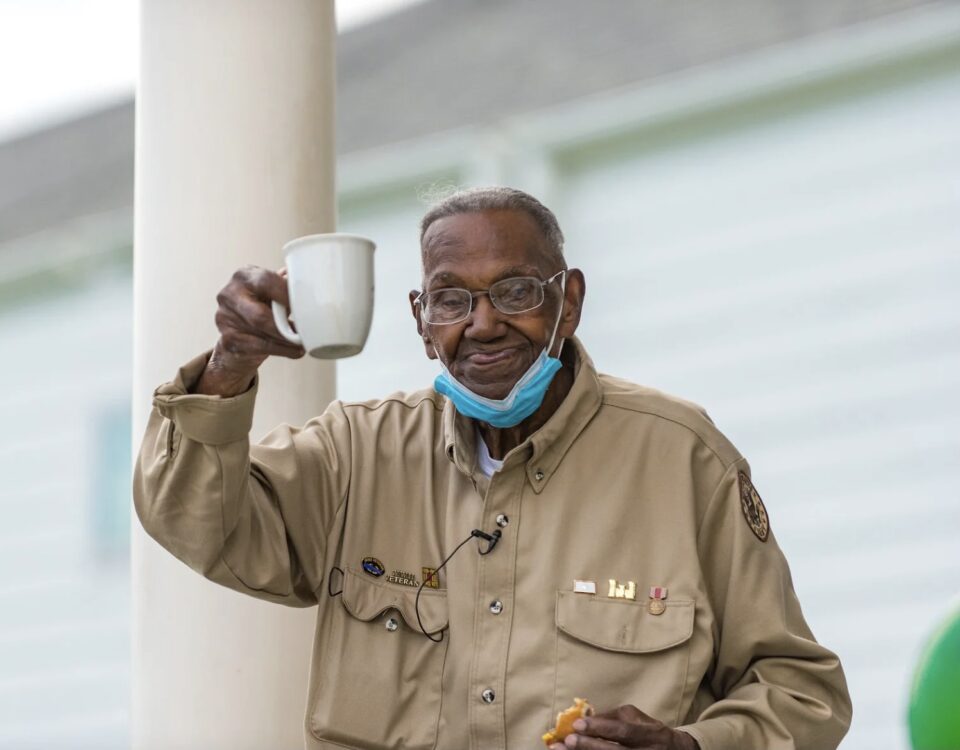 Lawrence Brooks, a veteran and native of Louisiana, celebrated his 112th birthday on Sunday. To mark the day, he was given his very own parade outside his home in Central City.

Residents gathered in cars to wish him a happy birthday as a part of the drive-by party. The National World War II Museum hosted the event.

“If you ask Mr. Brooks, ‘Why have you lived so long?’ He says his motto is, be good to people,” Peter Crean, vice president of Education and Access at the National WWII Museum, told Fox 61.

But the parade was far from dull. It featured Jeeps, a live performance from the museum’s vocal trio, and entertainment from New Orleans musicians. The city also recognized Brooks’ birthday with an official proclamation.

Brooks’ dedication and sacrifice have previously been celebrated at the National World War II Museum. However, the coronavirus pandemic caused organizers to shift to a drive-by celebration for the last two years.

Lawrence was celebrated by many, including Louisiana Gov. John Bel Edwards, who tweeted, “Mr. Brooks, the entire state of Louisiana thanks you for your service and we all wish you a joyous birthday.”

Brooks grew up in Norwood, Louisiana, and served in the Army between 1940 and 1945 with the predominately Black 91st Engineering Battalion, a unit stationed in New Guinea and the Philippines. They built infrastructures such as bridges, roads, and airstrips.

Brooks was never directly involved in combat, but in a recorded oral history for the National World War II museum, he recalled a dangerous moment when his C-47 cargo plane’s engine failed while transporting wire from Australia to New Guinea.

“There was the pilot, the co-pilot, and me and just two parachutes. I told them, ‘If we have to jump, I’m going to grab one of them,’ ” he said.