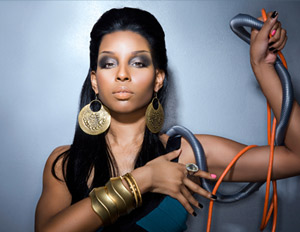 For most, the answer to a successful career is getting a college degree in your field of interest to help you hone the skills and knowledge needed for that industry. However, this mindset is not that of all professionals as there are many who surpassed the odds stacked against professionals who don’t hold advanced degrees. They prove that with real-world experience, an outstanding work ethic and a desire to succeed, career dreams can be made reality—even without the traditional classroom training. Below are five professionals who side-stepped formal training and found a spot at the top of their industries:

Marvet Britto: She’s the founder and president of one of the most well-known public relation firms, The Britto Agency, which represents some of the highest profile brands and Hollywood stars in the country. Prior to starting her own firm Britto studied for two years at a place she likes to call “Barnes & Noble Universityâ€after being denied from multiple entry-level positions in her field. Daily she read books about the PR industry and the careers of other professionals she admired and in 1994 with a combination of her self-taught knowledge and entrepreneurial drive she started her own firm, which is now a leading representative of every major A-list star from Mariah Carey to Angela Bassett, Star Jones and Tyrese Gibson.

LaQuan Smith: After being rejected twice by the Fashion Institute of Technology, Smith took it upon himself to hone his fashion designing skills with the help of internships and an old sewing machine passed down to him from his grandmother. With a determination to succeed in the fashion world despite a lack of formal training, Smith branched out on faith and started his own self-titled clothing line in 2008, which garnered much attention and allowed him to work with many celebrities including Alicia Keys, Tyra Banks and model Sessilee Lopez.

Tyler Perry: Perry credits the simple advice about keeping a diary that Oprah Winfrey offered to the viewers of her show for the start of his career and passion for storytelling. With memories of a tumultuous childhood and a desire to write as a healing catharsis, Perry began to write plays that eventually garnered much attention for their unique story lines. Now Perry is a leading force in the film and television industry, holding the No. 20 spot on Forbes Celebrity 100 List for the year 2012, having raked in $105 million.

LaLa Anthony: LaLa started her entertainment career at the young age of 16 while working at a radio station in Atlanta. While there, and still a young high school student, LaLa got her big break when she landed her own radio show alongside rapper Ludacris. From there, she started a college career at Howard University, but it wasn’t long before Anthony realized she could get more experience outside the classroom and left Howard to go back to radio. Today, she’s a television host, actress and entrepreneur with her own makeup line, Motives for LaLa, and production company under her belt.

Necole Kane: She’s the creator of the popular blog site NecoleBitchie.com where she covers the latest in celebrity news with concise and accurate posts about the crazy Hollywood scene. Although she once desired to have a writing career in television and film and become the next Mara Brock Akil, Kane’s college career was cut short when she experienced death in her family, causing her to take a different path. Now, the Maryland native is still making her dreams a reality as an entrepreneur with her own successful blog site, Web channel and apparel line.