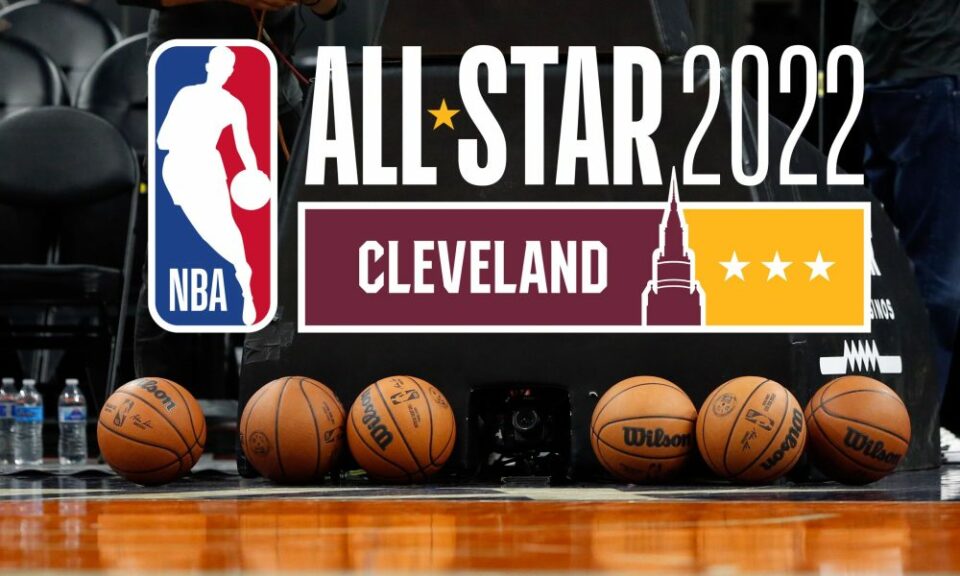 The NBA and the NBA Players Association will contribute $3 million to the Greater Cleveland and HBCU communities through their combined efforts. (Image: Twitter)

Additionally, building off the success of NBA All-Star 2021, the league will again uplift the HBCU community as part of the weekend and empower the next generation of leaders. More than $3 million will be contributed to the Greater Cleveland and HBCU communities through these combined efforts.

NBA All-Star Game Greater Cleveland-Based Beneficiaries – As part of the NBA All-Star Game format,
every quarter will count to support two Northeast Ohio organizations, with Team Durant playing for the Greater Cleveland Food Bank and Team LeBron playing for Kent State University I Promise Scholars Program. Additionally, throughout the past six seasons, the NBA and State Farm have helped turn on-court assists into off-court assists in communities around the country through the State Farm Assist Tracker. For NBA All-Star 2022, the NBA and State Farm will donate $1,900 for every assist made during the game, with the total amount split between the two-Cleveland based beneficiaries.

The Kent State I Promise Scholars Program provides higher education opportunities and wrap around support for underserved I Promise students in Northeast Ohio, while the Greater Cleveland Food Bank is the largest hunger relief organization in Northeast  Ohio annually serving more than 400,000 people and providing life-saving food benefits to those in need. In total, nearly $1 million will be donated to both organizations.

HBCU Classic and Initiatives – As previously announced, on Saturday, Feb. 19, the Howard University and
Morgan State University men’s basketball teams will face off in the first-ever NBA HBCU Classic presented by AT&T at 2 p.m. ET at the Wolstein Center, which will be simulcast on TNT, ESPN2 and NBA TV. As part of
the NBA’s and AT&T’s respective ongoing commitments to HBCUs, they will donate $100,000 to each school,
totaling $200,000, to support the student experience. Following the HBCU Classic, both teams will meet with
NBA league and team executives and participate in programming regarding professional development,
networking and the impact of HBCUs on society.

All-Star weekend will also feature additional storytelling content, career development opportunities, special
performances and financial contributions to support HBCU students and alumni. Ten local HBCU college
students will serve as NBA interns throughout the weekend as part of the HBCU Event Shadow: All-Star
program, working alongside a variety of league office departments to learn how each contributes to the planning and execution of the weekend’s events.

The NBA will commission and showcase student artists from Central State University in Wilberforce, Ohio, who have created original art compositions centered around their HBCU experience and sports. The art will be displayed during All-Star at Rocket Mortgage Fieldhouse, the Wolstein Center and in NBA player hotels. In continued support of scholarships and other resources for HBCU students, the NBA Foundation will make grants of $250,000 each to the Thurgood Marshall College Fund and UNCF (United Negro College Fund). Todate, the Foundation has provided $1.5 million in grants to nonprofit organizations supporting the greater Cleveland community.

As part of its newest round of funding, the Foundation will award new grants totaling $1.3 million to the Greater Cleveland Partnership, NeoSTEM’s Envision Excellence in STEM Education, The Presidents’ Council Foundation and Youth Opportunities Unlimited, and renewed grant funding for the Marcus Graham Project originally awarded in 2020. The Foundation has also made investments in Cleveland branches of City Year, the National Urban League and the National Black MBA Association.

14th NBA Cares All-Star Day of Service – Volunteers across the NBA family will also participate in the 14th
Annual NBA Cares All-Star Day of Service presented by Nike, SAP and State Farm on Feb. 18. They will sort
and pack food donations at the Greater Cleveland Food Bank and gently used books with the Kids’ Book Bank Cleveland to support thousands of children, seniors, families and other individuals in need.

COVID-19 Education, Incentives and Resources – Together with the Cleveland Cavaliers, the NBA is also
supporting Mayor Justin Bibb’s citywide efforts to encourage vaccination, boosters and health education by
providing incentives for those who receive a COVID-19 vaccine or booster shot at vaccine sites throughout the city, including tickets to All-Star events and Cavaliers games, merchandise, special autographed items and more.

The league will also support city-wide vaccination and testing efforts through additional vaccination locations, donating 10,000 rapid antigen tests and 110,000 face masks to the COVID-19 Task force for distribution to schools and community-based organizations. A $100,000 donation will also be made to the Funders Collaborative on COVID Recovery, a partnership that includes nearly 50 philanthropic foundations, nonprofits, and government entities, to help support the community as it recovers from the economic and social impacts of COVID-19.

NBA All-Star Rewards Program – With a focus on economic inclusion and supporting the city’s recovery
efforts from the ongoing effects of the pandemic, the NBA has included more than 130 diverse-owned
businesses as part of the NBA All-Star Rewards Program. Launched in August, the program encourages fans to patronize locally owned restaurants and retail businesses for the chance to win tickets to attend All-Star events and other exclusive prizes. Additionally, the NBA has engaged more than 30 women-, minority- and LGBTQ-owned businesses through its Supplier Diversity Program that will help bring NBA All-Star to life as vendors.

Jr. NBA Programming – In the week leading up to the All-Star Game, the Jr. NBA and Cavaliers will host a variety of virtual programming for local children and youth basketball coaches. NBA Rising Stars, WNBA
players and Jr. NBA coaches will teach basketball skills and address mental performance topics during two
virtual gym classes for Cleveland public school students. The Jr. NBA will also lead a virtual workshop that
will include on-court instructional resources as well as a session with NBA Mind Health Director Dr. Kensa
Gunter to help youth basketball coaches build communities of support within their teams and encourage mindbody connection among youth.