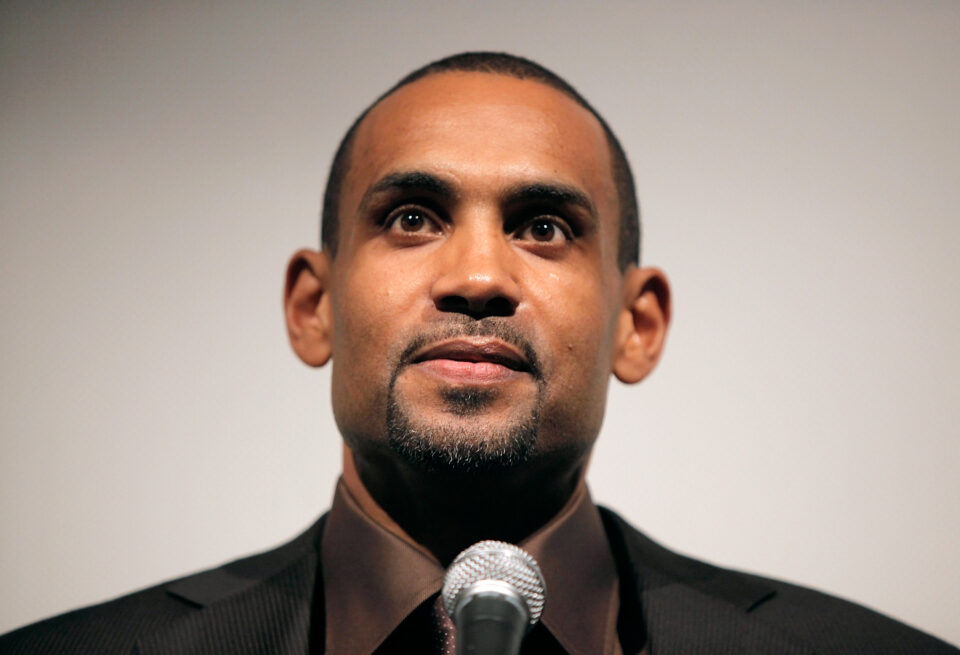 NEW YORK, NY - APRIL 22: Executive Producer and NBA Player Grant Hill speaks during the intro of a screening of "Starting At The Finish Line: The Coach Buehler Story" at Tribeca Cinemas on April 22, 2011 in New York City. (Photo by Jemal Countess/Getty Images)

The BMX Summit is the nation’s No. 1 conference focused on celebrating and refining Black men with the tools to advance their professional development, from entry-level management to C-suite executive. The Summit will take place October 12-14 at the Gaylord National Resort & Convention Center in National Harbor, Maryland.

Hill, the son of former Dallas Cowboys running back Calvin Hill and Janet Hill, is a two-time national champion at Duke University, the 1994 ACC Player of the Year, and a two-time NCAA All-American. Hill was drafted by the Detroit Pistons with the No. 3 pick in the 1994 NBA Draft and was named Co-Rookie of The Year with Jason Kidd.

Hill played 18 seasons in the NBA for four teams and was a seven-time All-Star,  five-time All-NBA player, and 2018 Hall of Fame inductee. In 2015, Hill and entrepreneur Tony Ressler purchased the Atlanta Hawks for $800 million. The team today is worth $1.6 billion.

“We know that prostate cancer, in general, is a huge risk for all men, but without a doubt it disproportionately affects the African American community and African American men,” Hill told BLACK ENTERPRISE last November.

The BMX Summit will feature roundtable discussions and panels on Black men in business, entrepreneurship, technology, and much more.

Brothers, this is an event you can’t miss! Tickets are still available here or visit https://www.blackenterprise.com/bmx2022.