NBA Hall of Famer Dominique Wilkins Denied Entry to Atlanta Restaurant, Says It's Because of His Skin Color 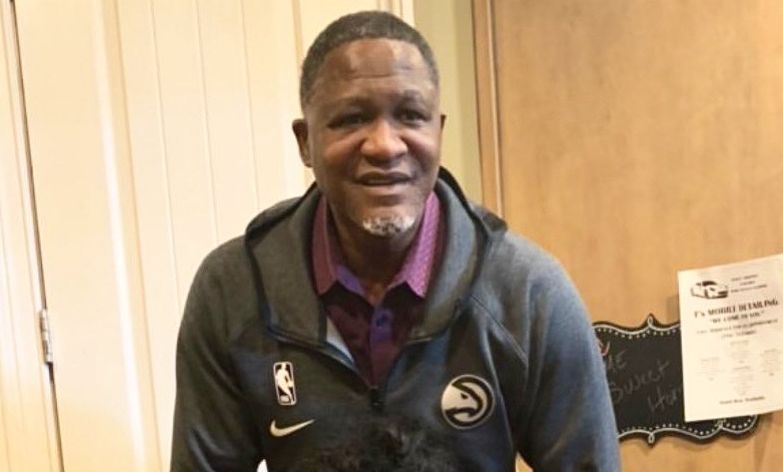 Racism hits Black people at all levels, whether rich, poor, or anywhere in between and at times some can forget this. Former National Basketball Association player and Atlanta Hawks legend Dominique Wilkins was reminded of this fact over the weekend when he was allegedly denied entry into a restaurant due to the color of his skin.

The Hall of Famer (Class of 2006) took to Twitter to voice his displeasure with a restaurant that turned him away after giving him two different excuses that denied him entry.

In my many years in the world, I’ve eaten at some of the greatest restaurants in the world, but never have I felt prejudice or been turned away because of the color of my skin, until today in #atlanta In @LeBilboquetAtl #turnedawaybecauseimblack pic.twitter.com/vh7zuyxH0K

The restaurant, after being pointed out in the media, released a statement via Instagram:

“We want to apologize to Mr. Wilkins for his experience at our restaurant and also for any confusion our dress code may have caused. We in no way intended for him to feel unwanted, and welcome an open dialogue with him. Our upscale dining experience and our brand’s culture is made up of multiple elements, which include our music, our food and our patrons’ attire. We continue to strive to manifest our dining experience in a way that is exciting and most importantly, inclusive.”

According to some Twitter users, this behavior is a regular thing for the restaurant.

I read this tweet and wondered if this man was mistaken about what happened, I hoped he was…then I looked at the feed of @LeBilboquetAtl i was wondering why the guy in this picture who’s not black could wear shorts and a tee as buisness attire @DWilkins21 is owed an apology pic.twitter.com/AA4zqPfr7z

For all the “labor shortage” excuse makers, who seem to want to defend a restaurant they’ve probably never been to: Yelp is littered with recent and not so recent reviews by people who also felt that they were mistreated by this place, due to racist attitudes and policy.

Dress code? The restaurant is going with “dress code”?!?! There’s a white kid sitting at a table that’s dressed like a he’s at a college dorm cafeteria.

This was a month ago. So this is obviously not their first time doing this to non cawcajun ppl. pic.twitter.com/gasMoBz3xV

For all the people that don’t believe it’s a double standard with white dress code and black dress code here’s a picture of the show but they let a woman in with a athletic bra and hat on shame on you for thinking that it’s not possible for a restaurant to discriminate against us pic.twitter.com/i4HBqAvtNg