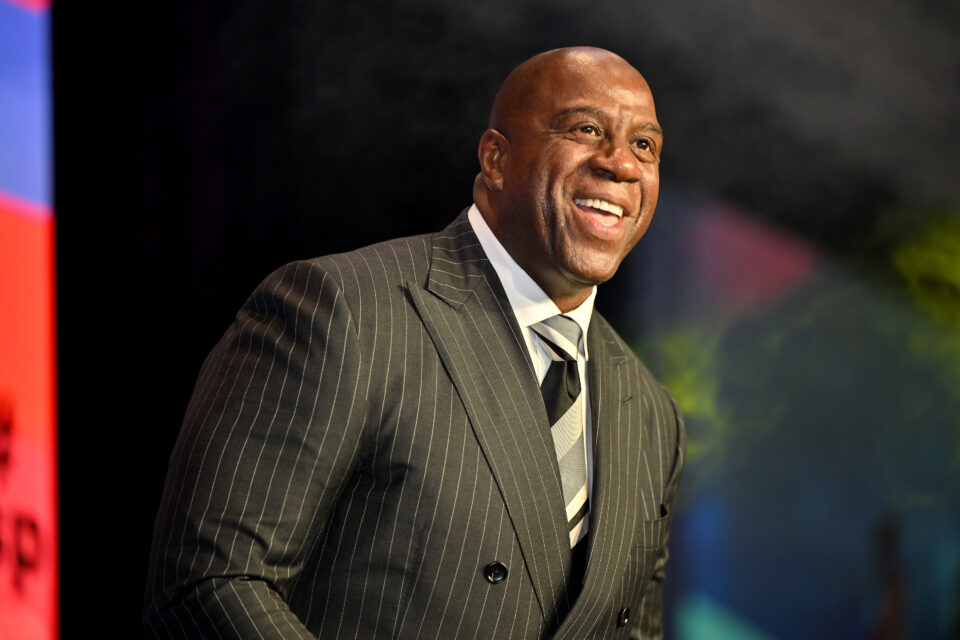 ALPHARETTA, GEORGIA - JUNE 24: Magic Johnson on stage during the TSP Live 2022 conference at The Hotel at Avalon on June 24, 2022 in Alpharetta, Georgia. (Photo by Derek White/Getty Images)

The ownership stake that Johnson and his team of investors he has been working on assembling over the weeks would reportedly set a record valuation for the football team franchise, Semafor reports.

His firm, Magic Johnson Enterprises, currently has an ownership stake in the Los Angeles Dodgers and Burger King as far as the restaurant industry goes.

Along with the 125 Magic Johnson Theaters located nationwide, Johnson also was an early investor in Starbucks.

The Los Angeles Lakers champion walked away with $100 million from the deal, The Sports Rush reported.

It’s clear to see that Johnson’s pursuit of the NFL franchise aligns with his portfolio of interests.

A deal for minority ownership in the Las Vegas Raiders hasn’t been finalized and could reportedly fall apart.

The team is currently majority owned by the family of the late Al Davis, Mark, and Carol Davis.

While the price tag that Johnson has presented has not been disclosed publicly, Forbes previously reported in August that Las Vegas Raiders owner Mark Davis had received an offer of $6.5 billion from an unnamed investor for a minority stake.

If the move is successful, it would certainly help address some of the criticism The NFL has received over the years for its lack of ethnic diversity among the stakes of ownership involving the 32 teams.

The league has maintained strict ownership rules that have preserved its tradition of long-term owners, making it more difficult for newcomers who seek investment opportunities among the NFL franchises.