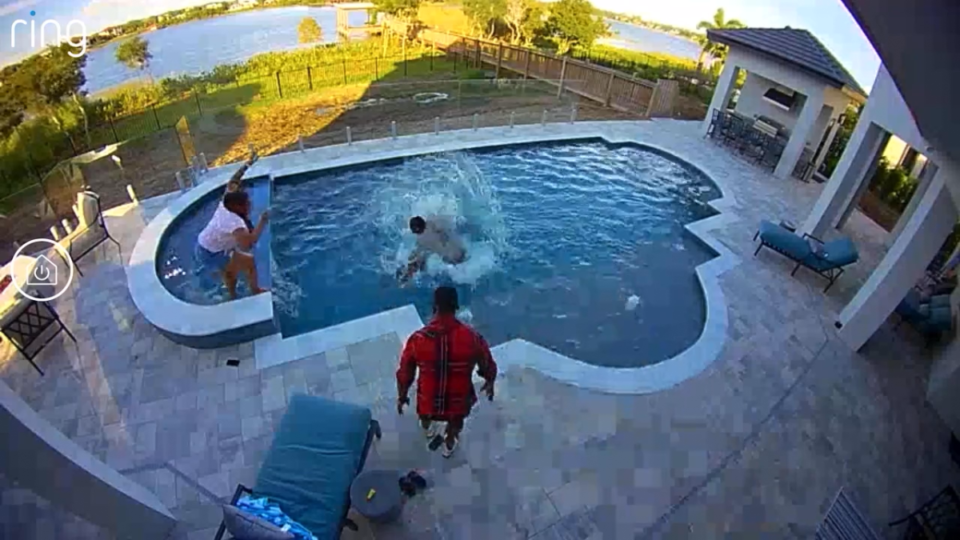 NBA player Andre Drummond put his hero cape on and dashed into action when he saw his son drowning in a pool.

Drummond took to Twitter to share footage from a home Ring camera that showed his 2-year-old son, Deon King Drummond, sitting on the edge of the pool before falling in.

While other adults were around, Drummond can be seen racing to the pool to jump in and save his son.

“NOT ALL HEROS WEAR CAPES. A parents worst nightmare….. Feat my son & I,” he captioned the short video. “No one was harmed in this video,” he added.

No one was harmed in this video pic.twitter.com/POumiU9HGk

Deon’s mother, Abigail Russo, reposted the video to her Instagram Story, noting how “them father instincts kicked in quick,” as captured by Sports Illustrated.

The 28-year-old Philadelphia 76ers player was praised by fans who applauded his fast parenting instincts.

“Look at Drummond man saving the children,” one person said.

“Nice save lol, glad he’s ok,” added someone else. There were some who took issue with Drummond and other adults at the scene allowing the toddler to sit on the edge of the pool.

In the video, a woman can be heard asking the toddler why he was laughing after falling into the pool. This rubbed some onlookers the wrong way.

“How’s the girl’s phone?! It didn’t get wet did it?!” added someone else, referring to the woman who was so into her phone, she failed to notice Deon inching closer to falling into the pool.

But as Drummond said, no one was harmed, and we’re sure the two-time NBA All-Star is taking this as a lesson learned.