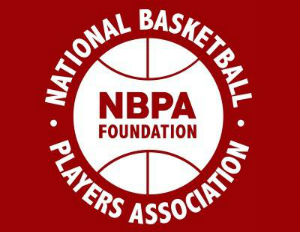 The much talked about media rights deal that the NBA will enter into at the start of the 2016-17 season means a lot more than just increased salaries; the NBA’s player union, known as the NBPA, is reportedly set to propose a plan that would cover health-care insurance costs for its former players.

Initially reported by Yahoo’s Adrian Wojnarowski, – “The plan is estimated to cost between $10 million-$15 million a year and a vote on passage of the union’s initiative is set for the NBPA’s July 20 membership meeting in Las Vegas. The union’s 30 team player representatives are expected to pass the plan with ease and start the process of covering the retired players quickly, league sources said.”

The $10-$15 million proposal will come from the previously mentioned $24 billion media deal, which breaks down into roughly $2.7 billion annually. The NBPA has been researching and reaching out to an estimated 1500 former players, and plans to offer them three separate health-care options. Many of the NBA’s former players experienced the league before it became the household name that it is today, where player salaries and media revenue deals make headlines as often as the final score. The league didn’t extend full pension rights to retired players until 2007.

Under current league rules, players are only covered for health insurance through the summer after the season in which they retired. Per Yahoo Sports, – “Stories of destitute ex-players needing basic medical care — including the inability to afford the likes of knee and hip replacements — moved executive director Michele Roberts, director of player relations Roger Mason, and the NBPA’s executive committee to probe the idea with the league’s players, with several players telling Yahoo Sports that they’re enthusiastic about the idea.”

According to a separate report detailing the current NBPA landscape, it’s noted that the the union’s normal stream of revenue – membership dues from players and agents, and licensing money from video games and other outside-the-league uses of players’ likenesses – would likely be insufficient to furnish the insurance plan’s costs, meaning players will have to forgo some of their share of that massive TV deal to fund the idea. Under the current CBA (collective bargaining agreement), the players are guaranteed roughly half of the league’s annual income tied to basketball, a category that includes stadium concessions and parking as well as ticket sales and broadcast revenues.

A Family’s Story: In Search of an African American Bone Marrow Donor

[POLL] What’s Your Reaction to the Economic Crisis in Greece and China?

FacebookTwitterYoutube
← A Family’s Story: In Search of an African American Bone Marrow Donor ← [POLL] What’s Your Reaction to the Economic Crisis in Greece and China?
×
'