For NBA's Steve Smith, a Career and Life Built on Giving Is Coming Full Circle 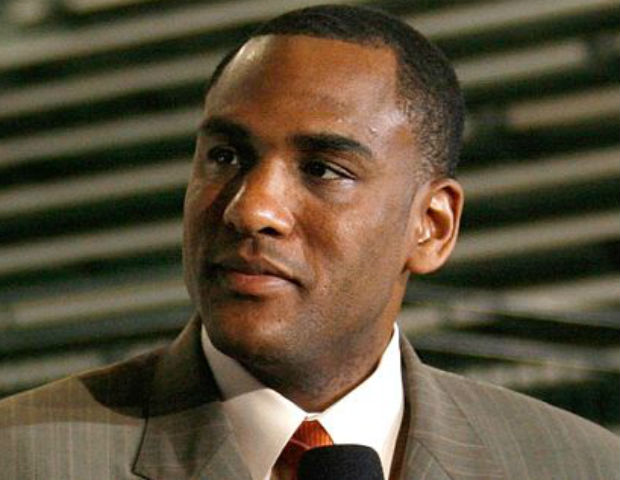 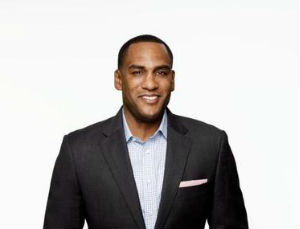 Steve Smith is a basketball Lifer. And for the gatekeepers and purists who worship at the altar of Jerry West and Oscar Robinson, this is nothing short of an anointing; what with an era of big-money contracts, multi-year endorsement deals and worldwide acclaim, the game is shorter on Lifers than it used to be.

This is why in the fall of 2005, Michigan StateÂ all but eulogized him at a ceremony at which he announced his retirement. It’s why the Miami Heat honored he and lifelong friend Glen Rice at a halftime ceremony earlier this season commemorating its 25th anniversary. And it’s why on Feb. 18, Smith will be inducted into the Michigan Sports Hall of Fame as part of its 57th class which includes Lomas Brown, Tony Dungy and fellow Michigan State alum Mateen Cleaves.

“It means a lot,â€ Smith said of his induction recently during an off-day of his job as a studio analyst for NBA TV. “I’m trying to let it sink in. But you start thinking back when you’re young, and as you get older you understand what the Hall of Fame means. With guys like Joe Dumars and Barry Sanders … to get that call, is just special and it reminds you of the sacrifices made by people around me that made this possible.”

One of those people was his late mother,Â Clara Bell Smith.Â In January of 1997 he announced that he was donating $2.5 million to Michigan State to build the Clara Bell Smith Student-Athlete Academic Center. It was the largest gift from a professional athlete to his or her university in history.Â “I know it’s a lot of money, but it’s definitely worth it,” Smith said at the time. “I think this would have brought more smiles from her than even if I had bought her a house or a car. I’ve had great coaches but none greater than my mom. I have had great teammates and fans, but none greater than Clara Bell Smith.”

Clara Bell passed away during his rookie season with the Miami Heat. He went on to play 14 seasons and debated playing a 15th. After deciding against it Smith struggled with what to do next. It was around then that he says he was seated nearby then-Turner Sports executives Jeff Behnke and Jeff Ogan at Veni Vidi Vici, an Italian restaurant in Atlanta. Asked if he’d ever considered doing television, Smith demurred. He hadn’t planned on it. Not with his real estate ventures needing attention. And not the with possibility of high-profile position with Michigan State’s basketball program still being explored.

Smith took their advice and made an audition tape. Before long he was doing color commentary for Atlanta Hawks games. It was something that kept him close to the game, he thought. But when NBA TV moved to Atlanta, Smith was the perfect fit. Today, Smith is among the game’s most well-regarded studio analysts for the pro and college game — he pulls double duty as an analyst for the Big Ten Network. He appears on NBA TV’s NBA GameTime.

“The great thing about Smitty is he’s a nose-to-the-grindstone-type of guy,” says Scooter Vertino, Turner Sports VP of Content, NBA Digital. “He comes in, he’s prepared and ready to work, but at the same time knows how to roll with the punches and have some fun. When viewers tune in to watch you talking about the NBA, they want to see someone who is having a good time. That’s what Steve is all about.”

Vertino says Smith has the perfect demeanor for TV. Translation: He doesn’t take himself too seriously.

“He’s been in the spotlight for a long time but he doesn’t act like because you didn’t play the game that you don’t have an opinion that matters,” Vertino says. “He wants to make sure that a debate about something basketball related a fair one. He’s been in a lot of locker rooms, seen all the games, and he still takes his craft seriously and is a true student of the game.”

The competitor in Smith says that he could see himself one day making a “pretty good” NBA coach or general manager. The family man loves the parent-teacher conferences, picking his boysÂ Brayden (13) and Davis (11), from school, coaching soccer and baseball games. It’s why he so enjoys his role at NBA TV and with the Big Ten Network: flexibility. Smith now has the chance to see his boys, grow up.

During his playing days, his teammates’ and coaches’ conversations with their young children were particularly difficult to listen to.

“Lenny Wilkens told me that he missed a lot of Christmases, proms, birthdays — those special occasions you miss them because of our great game. So I’m at peace with myself. I love coaching my kids. It’s the same type of fulfillment. Maybe it’s not on TV on the biggest stage in the world. But being able to coach them in soccer and baseball is a big thrill.”

Smith has a lot of mentors and, at six-foot-eight, it was easy for Smith to pattern his game after Magic Johnson. He has tried to pattern his career in business after him, too. In 1992, Smith purchased his first student apartment near Michigan State. Today, he says he owns between 600-700 units in Michigan and throughout the south. Most of them are near universities, which is why he didn’t take too big of a hit during the housing crisis. “Universities don’t go anywhere,” he says.

Nor does his affiliation with Michigan State. The Steve Smith Pershing High MSU Scholarship for Academic Achievement sends a student to Lansing on a $10,000 scholarship.Â Detroit Pershing High won the Detroit Public School League title over rival Cass Tech on Friday, and Smith, who was in Houston for the All-Star Game, tweeted his excitement again and again.

And after a busy weekend in Houston, he’ll see his boys, his wife Millie, his father and cousins in Detroit. They’ll all be present when he is inducted into the Michigan Sports Hall of Fame. “And that,” he said, “is when it’ll probably start to get emotional for me.”