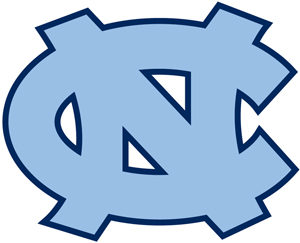 Late yesterday, a report surfaced that the NCAA, the nonprofit, regulating authority for the majority of college sports, has charged the University of North Carolina with five academic violations. The five charges listed in the 59-page notice released by UNC mostly take aim at the former African and Afro-American studies department (AFAM).

The school has been embroiled in allegations of academic misconduct for several years, involving several high profile members of the university’s staff as well as former students and student athletes. Regarding this incident specifically, ESPN notes that “the charges were more broad-based than focused on individual sports. … No coaches were named in the five allegations, though one dealt specifically with the conduct of a women’s basketball adviser for providing too much help on research papers.â€

The charges listed in the report include:

– There was a lack of institutional control in failing to “sufficiently monitor” the interactions between the AFAM and the academic support departments, and athletes received “preferential access” to AFAM’s irregular courses.

– Academic counselors “leveraged” relationships from fall 2002 to summer 2011 with AFAM faculty and staff providing athletes with benefits such as suggesting assignments, turning in papers for them and recommending grades. In addition, 10 athletes exceeded UNC’s 12-hour limit of independent study credits countable toward graduation between fall 2006 and summer 2011 due to misidentified “paper classes.”

– Women’s basketball counselor Jan Boxill provided improper assistance by sometimes adding content to athletes’ papers, and she recommended a grade for submitted work in at least one case.

– Crowder, one of two AFAM staffers most directly linked to the irregularities, didn’t cooperate with NCAA investigators.

– Former AFAM department chairman Julius Nyang’oro, the other staffer most directly linked to the irregular courses, also declined to cooperate.

In a statement issued in response to the charges, Hall of Fame basketball coach Roy Williams said, “Everyone who loves Carolina is truly saddened by these allegations. … We aspire to and work toward meeting higher standards than the actions that warranted this notice. Our university and numerous outside groups have looked at every aspect of our academic and athletic life. As a result, Carolina has implemented scores of new processes and checks and balances that have undoubtedly made us a better university. Hopefully, we will never again receive such a notice.”

Last October, the findings of a 131-page report conducted by former U.S. Justice Department official Kenneth Wainstein claimed the university was guilty of offering students “paper classesâ€–independent study courses where grades consisted of one or two papers that were often overlooked to pass students and permit them to play on the school’s teams. “These counselors saw the paper classes and the artificially high grades they yielded as key to helping some student-athletes remain eligible,” Kenneth Wainstein wrote in his report. According to Wainstein’s report, the practice occurred for years–between 1993 and 2011–and affected over 3100 students, nearly half of which were athletes.

Danielle Brooks to Star in Broadway’s The Color Purple