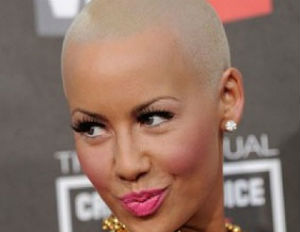 Wiz Khalifa’s fiancee and former video model Amber Rose has broken her silence on the beginning of her modeling career.

Rose, who used to be a stripper and starred in numerous music videos, tweeted about when she went to the casting for Ne-yo’s popular song “Miss Independent.”

She said the singer wasn’t too fond of her lack of hair.

Rose tweeted: “I remember in 2009 I tried to get into Ne-yo’s “Miss Independent” video and they said I was too bald. Looking back now, I just find it funny because I was so sad at the moment.”