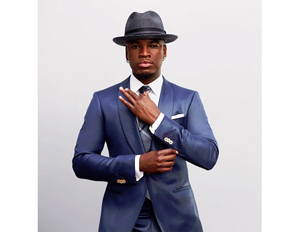 Entertainer and rapper Ne-Yo is sponsoring a summer coding camp in San Francisco that is tailored to children from low-income families.

Eight students will be selected from an open, online application process, to attend the program for free for three weeks. The camp will take place at the Holberton School of Software Engineering—a progressive school that lets graduates pay their tuition after they land a job. Previously, Ne-Yo assisted in raising $2.3 million in funding for this unique program, which Holberton first announced in February.

Tech mentors will lead the instruction. Students will build their own websites and learn critical web programming languages, including HTML, JavaScript, and CSS. They will also visit Silicon Valley tech companies, including Airbnb, Google, and LinkedIn.

“There are so many kids out there wondering what they can do to make their mark, wondering how they can succeed, especially in a supercharged area like San Francisco and Silicon Valley,” Ne-Yo said, via the press release. “By bringing these kids in, [and] showing them how much fun they can have—how much they can learn—I think we will [be] giving them a great leg up.” Ne-Yo has also recently joined the school’s Board of Trustees.

“What better way to see if you like something, than to try it? Indeed, that’s the philosophy of the school: ‘Learning by doing.’ Many kids who live in the Silicon Valley ironically don’t even know what software development is, but there are great jobs out there begging to be filled,” said Sylvain Kalache, co-founder of Holberton, in the same released statement.

“Holberton students come from all walks of life—from musicians, to a cashier at Trader Joe’s, to high school graduates. After Holberton, they end up working at top Silicon Valley companies, like Dropbox and LinkedIn. But, they also save the world from asteroids with NASA, [where one of the students actually interned]. Our students are dreaming really big, and I am sure that one of them is the next Bill Gates.”