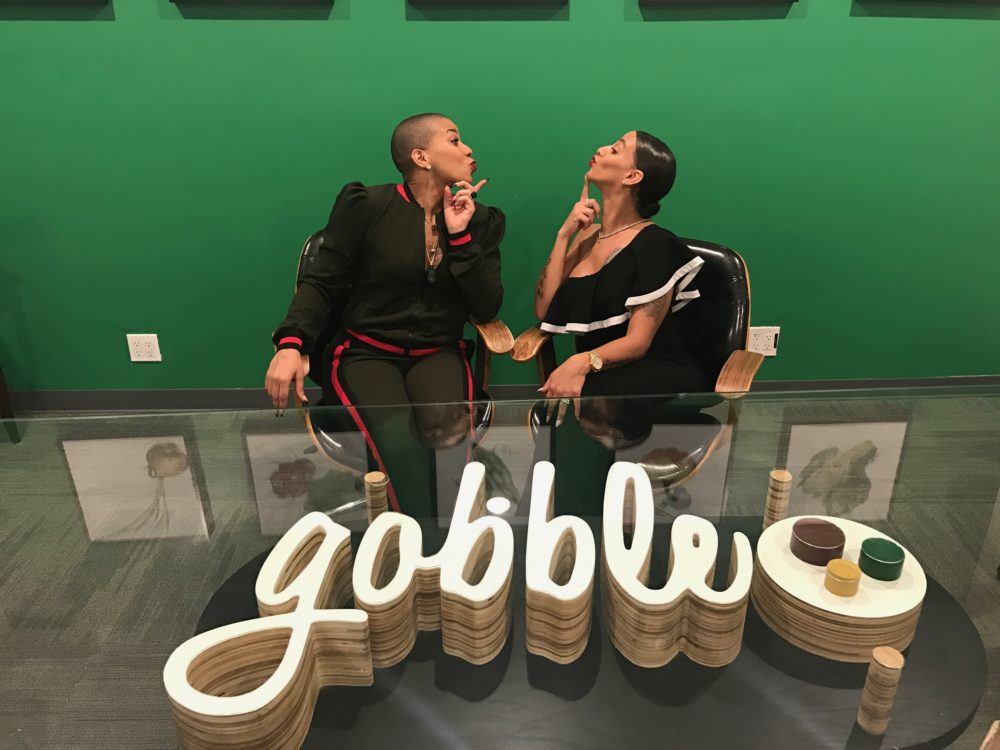 Many people know Crystal Smith for being married to R&B artist and actor, Ne-Yo but in addition to being a wife and a mother, she is also an amazing chef. Smith recently secured a deal with food delivery service Gobble, to add her own recipes to their already flourishing menu. Some of those tasty dishes include lamb chops, toasted garlic noodles, bok choy mui, Crystal’s sauce, and veggie mash.

Smith has been cooking for years now,  working to perfect her craft and it seems as though it is all paying off although Smith’s partnership did not come easy. After her initial meeting with the CEO of Gobble, Ooshma Garg, she had to audition in front of Ooshma’s business partner and executive chef of Gobble, chef Thomas Ricci, by cooking one of her popular recipes. Chef Thomas and Gobble executives tried it and approved.

The main draw for Smith to this company was her respect for Gobble. As a mother, the service makes life easier for parents by cutting down their cooking time to just 15 minutes. Every parent knows that every extra minute they can get back, they are taking it.

Smith recently unveiled her partnership at an exclusive event in Palo Alto held at the  Aquarius Theater. Attendees included executives from the Gobble team and of course Smith’s very supportive husband, Ne-Yo.

The event culminated with everyone watching Smith’s partnership with Gobble unfold on her E! network show Platinum Life!

“If I can pursue my dreams; so can you. I grew up in an underprivileged area of Fort Meyers, Florida, causing challenges in my life. However, I knew if I wanted something it was my job to go after it. I am here today because I didn’t give up on my dream.”