Forty-Seven Percent of Black Families Have No Emergency Savings 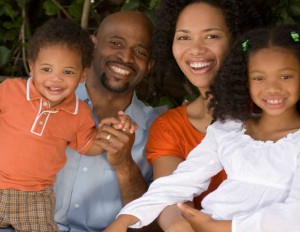 If an unexpected layoff or pricey car repair were to occur, many Americans would find themselves stuck without the financial resources to help alleviate their problem. Neighbor Works America conducted its second annual consumer finance survey and found that approximately 34% of Americans don’t have any emergency savings. Another 25% of Americans have just enough savings to get by for one month in the event of a financial emergency.

[Related: BE Exclusive: Snoop Dogg talks Guns, 401 (k)’s, and How Blacks Can Raise Their Financial Voice]

The lack of savings affects black families even more, along with low income families and those with no college education. The survey reports that “There is a large disparity in the ability to save, with the highest percentages of households without any savings at all seen among African-Americans low income adults with lower incomes, and among those with a high school education or less.” African American households made up 47% of those without savings, as compared to 19% of Caucasian households. Hispanic families without savings was also disproportionately less (41%) than white families.

Neighbor Works finds that while the economy is in recovery and the unemployment rate is declining, major costs, like housing, is on the rise. And although everyday expenses, like gasoline, have dropped, it is still difficult for American families to build a savings—especially as they bounce back from the Great Recession.