What You Need to Know: The Republican Budget and Its ‘Assault on the American Dream’ 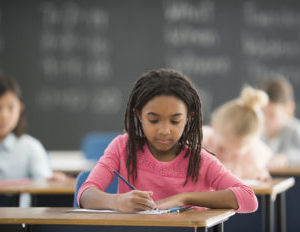 Remember when the president of the United States sought to open doors of opportunity and understood that opportunity and education were two sides of the same coin? Those days are over.

As I’ve written before, Trump’s budgetary cuts seem to be trained on low-income strivers—people who want a college education but need assistance, financial and otherwise, completing it.

House Republicans have left intact some of Trump’s most egregious cuts, but there’s nothing here to celebrate.

If you’re planning to start or continue your college education this fall, or have children in K-12, here’s what you need to know. I spoke with Tiffany Jones, director of Higher Education Policy at the Education Trust, who walked me through the morass of bad news; I also spoke with Kelly McManus, Ed Trust’s director of government affairs.

“There are two main areas of concern,” Jones told me. One is K-12 and the other is higher education. Both are under threat, she says.

“With K-12 there is the possibility of a complete cut of funding for Title 2—the federal government’s most significant investment in the professional development of teachers and school leaders,” Jones said. “Eliminating this is not in the best interest of students.”

Jones thinks this is critical to parents, especially in light of studies that show how important teachers are to student learning. Jones also said that the places with the greatest need have the fewest resources to meet those needs.

“This is typically where students of color are concentrated.”

The other area of concern is higher education, specifically, cuts to the Pell Grant program, what Jones calls “the federal government’s single most significant investment in financial aid for low-income students.”

The House Appropriations bill released earlier this month raids $3.3 billion from the Pell Grant reserve—money set aside to stabilize the program or to be otherwise invested in low-income students.

The bill also calls for freezing the maximum award of just under $6,000—which already “doesn’t cover a third of the cost of attendance at a public university,” Jones says, “which means it cannot increase its purchasing power although it’s the lowest it’s been in over 40 years.”

“If this passes, it will have a disproportionate impact on black students and the campuses where they attend,” Jones says.

Instead of raiding the Pell reserve, Jones says the money could be used to increase the maximum Pell award, or enable the grants to keep pace with inflation.

“This budget is an assault on the American dream,” McManus told me, “and a massive threat not only to the Pell Grant but also things like subsidized student loans.”

The federal government pays the interest on subsidized student loans while students are in school; the interest of unsubsidized loans begins accruing immediately, adding to the overall amount of the loan.

These are distressing times. Jones recommends that you contact your elected officials and urge them to oppose any cuts to the Pell Grant program.

“This is the wrong time to take funding away from low-income students,” Jones says. 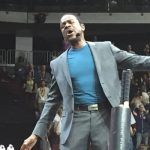 Tony Robbins’ Unleash the Power Within: My Experience