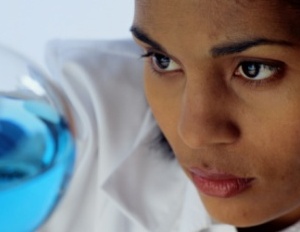 Over the years, Neil deGrasse Tyson has become perhaps the most recognized scientist in the country. As the host of PBS’ NOVA scienceNOW, and a regular guest on such popular shows as The Daily Show with Jon Stewart, the Colbert Report and Jeopardy! the astrophysicist continues to bring his own brand of scientific enlightenment to the masses.

BLACK ENTERPRISE recently spoke with the Director of the Hayden Planetarium in New York City to discuss African Americans in the sciences.

Why is it important to have or pursue a career in the sciences and have that skill set and knowledge base?

Neil deGrasse Tyson: A couple of things: I don’t claim that I have a special solution to increasing minority representation among the sciences. I have a few ideas; but I’m not putting them forth as, “This is how it will solve the problem.â€Â  Nor is it really a requirement of a society that everybody becomes a scientist. What should happen, which we should all embrace and value, is that as a minimum people are scientifically literate. So that as an electorate you can make informed decisions about issues that rise up, where your knowledge of science impacts how you might vote on one issue or another, or on important decisions related to the future of society, its economy, the environment.Â  All of these, at their core, involve scientific fluency. So, everyone should be scientifically literate.

Are we anywhere near being on track where we’ll see more African American representation in the sciences?

Tyson: No. So, let me offer you a perspective. When I graduated college, there were something like 130 black graduates in my graduating class. This is the Harvard class of 1980. Of those 130, there was an article about the graduating class in The New York Times, and it cited these 130. Two went on for advanced academic degrees. And I was one of those two. Here I was, graduating from one of the most storied institutions of the land, where if there’s any institution that you might expect to be feeding academia, it would be the population of graduates from there. And there were only two. The simplest way I can understand that is that the community at that time did not yet have the luxury of using that education for that purpose.

And so, what that means is, if you’re the first to go to college or the first to go to a selective school where there’s a high expectation of opportunity, is the first thing you’re thinking of, “Oh, let me study science?â€ No, you’re going to sort of build capital. You’re going to choose a job where income is guaranteed and high. So, the legal, the finance, the business school, the law school, medical school.

As a parent or an educator, where’s the point where, if somebody has that interest, you can sort of nourish it and let it take hold and let it grow, so that when they go to college they have that perspective that you talked about?

Tyson: It’s all about access to opportunity. All I can do is be visible in my activities.Â  And there are a couple of other things that I do that are sort of semi-controversial within the community.Â  For example, I no longer do Black History Month talks. If that is a source of your thinking of me to invite me to give a talk, then clearly if the other 11 months I never even showed up in your thinking, then I’m not as visible as a scientist as perhaps I should be. So, it’s the pigeonholing of me as a black scientist versus an American scientist.Â  As an American scientist there’s access there that everyone has, that everyone sees, and that everyone can participate in. And I value that exposure greatly.

What would you say to a young person who has seen you on television looking to become the next Dr. Tyson?

Tyson: I have two answers: One is, there’s no one person that I wanted to become, growing up. In fact, I think the concept of role model is overrated. If I required a black person who became a scientist who grew up in the Bronx to have come before me, I would have never become what I am. Role models work if you want to work your way into well-represented professions, or professions in which the black community is highly represented. Astrophysics is not among them. If I wanted to be an astrophysicist I cobbled together, in parts, the role model that I then sought to be. So, I found someone who had total mastery of the physics, and I thought, “I want to be that.â€ I went to that person and said, “What did you do? What schools did you go to? How did you study?â€ I found a person who had a really great sense of humor folded into the work that they do.Â  I asked, “How do you stimulate that, and how do you promote that within your own mind?â€

So, if you like what I do scientifically, then you call me up and I’ll tell you what I did scientifically. If there’s someone else who has other features that you prefer, you call them up, and you piece it together.Â  But in the end, maybe the thing you piece together doesn’t exist in anyone at all, and you have to create it out of whole cloth.Â  And in so doing, you become the first of a kind rather than the next of a kind that already exists.