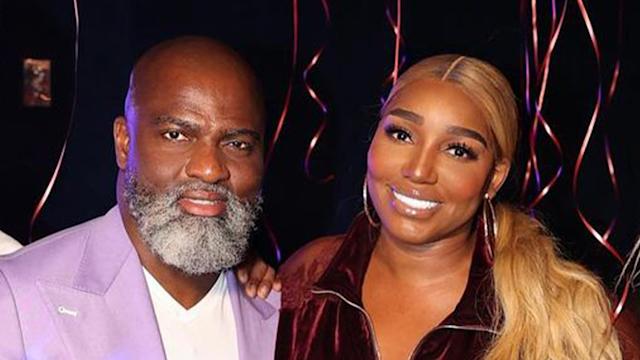 The paramour of reality personality NeNe Leakes has filed for divorce from his soon-to-be former wife. According to TMZ, Nyonisela Sioh, who has been dating the Real Housewives of Atlanta star, recently filed papers to officially end his marriage to Malomine Tehmeh-Sioh.

In paperwork obtained by the media outlet, Leakes’ current boyfriend acknowledges being married to Malomine since 2016. The couple has one child together and has been separated since Sept. 19, 2021. He states that the two of them lived apart and the separation was supposed to be a permanent one.
Earlier this year, Tehmeh-Sioh sued Leakes after the romance between her and Sioh was publicly displayed. Sioh’s claims in her lawsuit that she suffered emotional distress, mental anguish, and a loss of affection due to her husband being with the reality star. She also claims that she was still happily married to Sioh when his relationship with Leakes blossomed.
Tehme-Sioh claims she faced humiliation when The Real Housewives of Atlanta star posted pics online, showing off her relationship with her husband. She is looking for at least $100,000. Based on the law in North Carolina, Tehmeh-Sioh can sue her spouse’s extramarital partner for alienation of affection.But, based on Sioh’s lawsuit, his relationship with his wife was over before he started his romance with Leakes.
At the time of Tehmeh-Sioh’s lawsuit versus Leakes, the actress responded on her Instagram Live. “I’m already out here a husband stealer and this is too much. And ain’t nobody out here stealing husbands. Are they? I would never,” she remarked. “Nobody wants to steal nobody else’s problems, honey.”Leakes also responded, according to Entertainment Tonight, that she shouldn’t be involved in the issues that Sioh is having with his estranged wife.

“I feel like it’s their business and not mine, right?” Leakes said.