'The Harder They Fall' Comes To Life In New Digital Exhibit 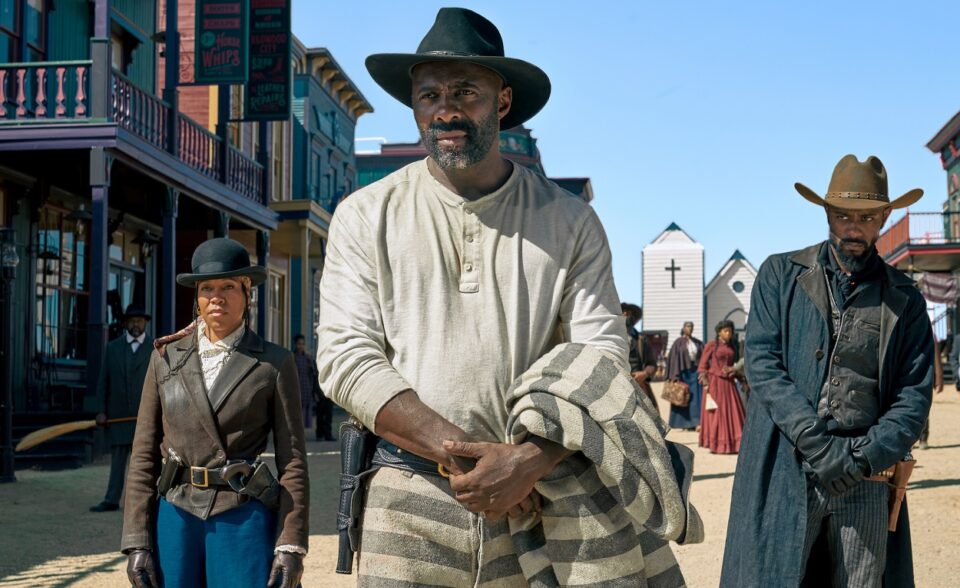 Netflix has created a new way for fans to connect with the groundbreaking film, The Harder They Fall, whose star-studded all-Black cast included Regina King, Jonathan Majors, Idris Elba and Delroy Lindo.

The movie’s props, set pieces and wardrobe are now available as part of the streaming platform’s interactive online exhibit, On-Set A VirtuaI Artisan Experience, Variety reports. Through the individual items on display, fans are offered insight into everything it took to pull the project together, including writing, directing, production design, sound design and more.

Originally intended to be a live experience, the exhibit was moved online out of precaution as the country faced another COVID surge. Once fans enter The Harder They Fall space, accessible through the Netflix Awards website, they are presented several options to interact with the exhibit.

A series of circles on the exhibit floor show viewers were to stand to be able to read signage explaining different aspects about the items on display.

Other parts of the virtual space connect viewers to a collection of short films on YouTube presenting an in-depth look into Antoinette Messam‘s process as a costume designer for the period piece; director Jeymes Samuel‘s thoughts behind pulling together the film’s critically acclaimed score; how the sets were pulled together; and even a behind the scenes look at the making of the song “Guns Go Bang” featuring Jay-Z and Kid Cudi, which appears on The Harder They Fall soundtrack.

In addition to the interactive exhibit, the Netflix Awards website offers fans of The Harder They Fall a full range of content supporting the film, including Q&As with the cast and crew, several podcast interviews spotlighting Samuel and a playlist of the movie’s entire score.

The movie’s On-Set A Virtual Artisan Experience arrives just ahead of the 2022 Academy Awards nominations, which are set to be announced on Feb. 8.